Welcome back to this week’s fun story! This week we bring you a compilation post full of the hilarious incidents that brought many to laughter and shock on the eventful day that was yesterday’s 1st April 2015; April Fools Day.

It seems like JYJ is receiving a lot of news in the media recently with the sad news of Jaejoong’s recent enlistment and now most recently, Junsu with news of his sudden engagement to be married!

He posted a heartfelt message to his fans on twitter reading: ‘This might be out of the blue… But I’m getting married. My fans wanted me to get married when I was 77 years old and I apologize that I couldn’t follow through. I have dreams and hopes as a head of a household so you will understand, right? Please support me^^’

To which he posted a link at the end of the message a ‘mobile wedding invitation’ for surprised fans to check out… only to discover it was a huge prank all along.

The link was actually a link to Naver that defined ‘April Fool’s Day’ in Korean to which the first line reads ‘April 1st. It’s a day where you pull pranks with a light joke or a harmless fib. It originated from the West and it is also known as ‘April Fools Day’.

2. Super Junior’s Leeteuk announces the group’s comeback being next month?

Leeteuk is known to have done previous April Fools pranks on his fans when in 2012 he posted the first three digits of his phone number to his twitter and left the rest untold. To which fans guessed the last four digits being 1004 seeing as the singer’s twitter username was @special1004 causing fans to unfortunately contact another poor citizen with the same number with their adoring messages. Leeteuk apologised for the inconvenience, of course and posted his real number on twitter asking fans to only call him once which shocked fans that the singer would share that.

The singer this year however posted a picture of himself on his Instagram saying ‘Comeback confirmed!! Next month is the comeback. #comeback’.

He then posted the following trending picture of fans unsafely leaning over a ledge to see the members being scanned by a metal detector in an airport with the message: ‘Guys it’s dangerous!!!! Don’t do that!!! Your oppa’s are coming back so save your enthusiasm!!!..^^ COMING SOON..‘.

However seeing as this is naturally the holiday of trolling fans were not phased already aware Super Junior would have a comeback later this year for their 10th anniversary in November.

It seems like on April Fool’s Day many ARMY’s got a hilarious surprise upon logging into the group’s fancafe to find the members had now changed the homepage image from Bangtan boys to Bangtan girls! Fans may recognise these outfits of the boys as some they’ve crossdressed in previous shows and appearances such as the beautiful ladybug fairy V, the bubbly maid-Suga and the shy Sailor Moon cosplayer Rap Monster.

BTS had even more fun on their twitter when Jin managed to tap into the boys’ official Twitter account first. The member didn’t even attempt to disguise the who got into the account, changing the profile image to Mario and the display username to ‘Super Mario’, his well known obsession as well as then tweeted, ‘Three mushrooms. Give them now’. It wasn’t difficult for fans to decipher which member did that causing much amusement among ARMY’s.

The hilarious member decided to go even further with his prank and log into the Twitter page once more later on, change the photo again, and the display name this time to ‘Kim Jin‘, and tweet again, ‘Hello, it’s the webtoon artist Kim Jin. I like Jin from BTS. Because we have the same name ^^.’

BTS’ leader Rap Monster decided to also join in with the fun and posted the following prank message: ‘I was eating tteokbokki and got my tongue cut off, so I won’t be able to rap anymore. I’m writing a bland apology. – Rap Monster.’ (Tteobokki is a Korean dish containing spicy rice cakes).

The rapper must have felt his message wasn’t strong enough to be a prank through the use of the witty pun and wrote another message saying: ‘Ah, but the tteokbokki was spicy,’

He then concluded with his last message of: ‘To be honest, I did that because I felt like I should do at least something (confession).. Have a beautiful night..’

The boys still hadn’t had enough and neither did their company! Changing the display photo, and display name to BTS_Secret Service and the username to @bts_bighit. Check out the photo below!

The tweets have received a heavy amount of response and laughter, we look forward to more from the hilarious and crazy members of BTS.

4. Dal Shabet trick fans into a preview for their new album!

The girls on 1st April posted a video to YouTube entitled ‘New Album Preview’, naturally exciting fans to check out anything of the group’s upcoming comeback! Upon watching the video it seems as if the video was truly a sneak peak of the upcoming choreography however fans were pranked once again on April fools day upon discovering instead of a preview, it changed into a cute choreography of the girls dancing to the popular children’s nursery rhyme ‘Three Little Bears’!

Check out their prank video here!

Following the end of the song, member Serri commented ‘Everyone, were you very surprised? How was Dal Shabet’s ‘Three Little Bears’? Dal Shabet is finally coming back on April 15 with a mini-album release showcase and fanmeeting. For more details, check out our official fan cafe.’

Dal Shabet have announced their plans to have their comeback fan meeting on ‘Africa TV Dal Shabet UP’ on 15th April so stay tuned!

5. Teen Top have you fangirling instead of fooled for their prank?

The Teep Top boys decided to instead of shock fans with a funny prank, alternatively decided to have their fans fangirling over the members sudden change of all their profile pictures with ones of themselves as toddlers and children!

Check out their utterly adorable prank! 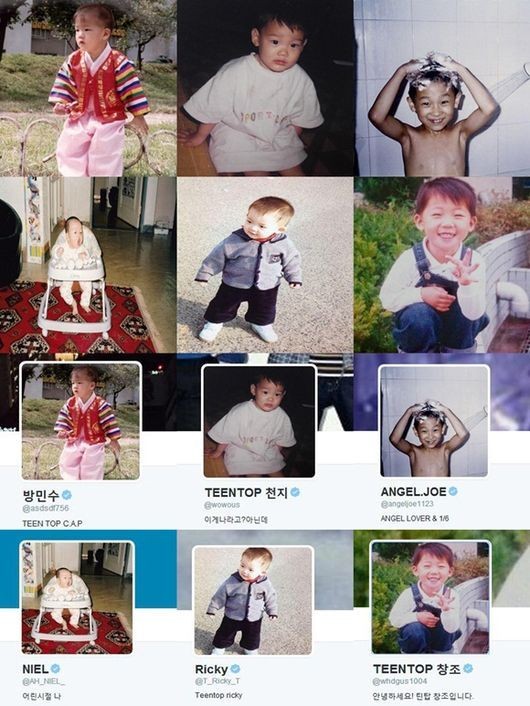 In related news, Teen Top’s Neil will be preparing to release his solo album ‘oNIELy’ later this month.

The F(x) member is known for her fun personality particularly on Twitter and Instagram. The singer as a result endulged in her playful antics as she changed her Twitter to pose as Super Junior’s Lee Donghae, known to be popular on Twitter being the second most followed Korean celebrity and SHINee’s Jonghyun on Instagram, also popular on the site with nearly half a million followers.

Amber, Donghae and Jonghyun are popularly known as ‘Dinosaur siblings’ , due to each other them resembling the facial appearance of dinosaurs and are known to have taken photos together showing the uncanny similarities.

Amber pranked her fans as a result by changing her Twitter account name to ‘Lee Donghae’ while posting a selca of the Super Junior member familiar to ELFs as well as mentioning his family restaurant Grill5Taco, which Donghae often mentions. Amber, following this commented in the style of the member hilariously saying ‘Hello I am SuJu’s Lee Donghae. Taco gogo~’ . 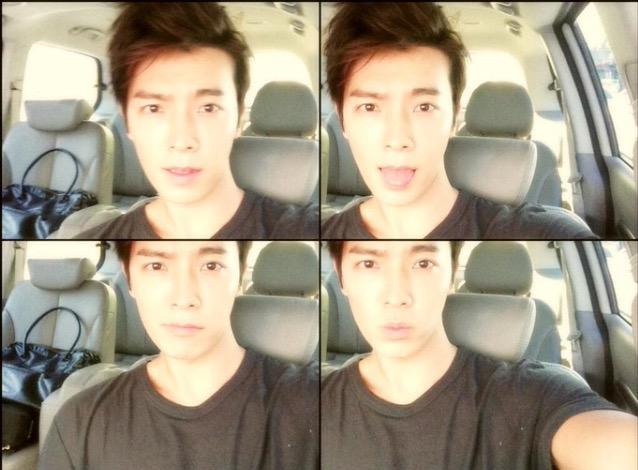 She then also changed her Instagram display picture to Jonghyun and the name to ‘Bling bling Jonghyun’, posting a selca of the SHINee member mentioning his popular song out of his recent solo album saying ‘Hello. I am SHINee’s bling bling Jonghyun~ Stay oh it’s a Deja-Boo~~ I think I have seen you somewhere elseeeeee’.

Jonghyun had previously posted a hilarious video of Amber imitating Jonghyun’s singing in ‘Deja-Boo’ on Instagram, be sure to check it out in the link here!

What do you think of the pranks?

Let us know in the comments if you know of any we missed!

Until next time for another fun story!