In a few short days, ONEUS have made a noticeable impression on Kpop. Their debut mini-album, “Light Us” hit number 1 in the United States and Australia. In Europe, the album charted in Germany, Spain, the United Kingdom and Italy.

The title track from the album, Valkyrie, displays a strong sound from the rookies and promising vocal talent. The mv, by Zanybros, stays true to the lyrics that tell of a shining light in the darkness, an angelic guide of sorts. This idea is supported by the inclusion of feathers, abstract allusion to wings, and bright overhead lighting.

The visual fits Kpop trends perfectly. Employing what was once the SM ‘box’ style that now dominates most Kpop visuals, with hints of the darker, mystical themes popular among idol groups, particularly male, the recipe is executed to near perfection.

The song and MV don’t really explore the true Norse mythology of the Valkyrie. Modern depictions of the Valkyrie show them as winged, angel-like beings, guiding fallen warriors to Valhalla, the Viking resting place of heroes and kings, ruled over by Odin. Valhalla is often depicted as Viking heaven, and it was considered honourable to die in battle and take the journey to Valhalla. Though, the original Norse depictions are a little darker.

The Valkyrie (translated as ‘choosers of the fallen’) were female figures that would choose those who lived and died in battle and select those who moved on to Valhalla. The Hall of Valhalla is the home to einherjar, soldiers chosen by the Valkyrie to battle alongside Odin in the foretold battles of Ragnarök, battles that were told to be worse than any other, taking many lives including Gods Odin, Thor and Loki.

Before Christianity reached the Vikings, the Valkyrie were never depicted as winged, though were often accompanied by animals such as ravens. The ONEUS mv nods to this with member Ravn dressed to suit his name and his Valkyrie link. 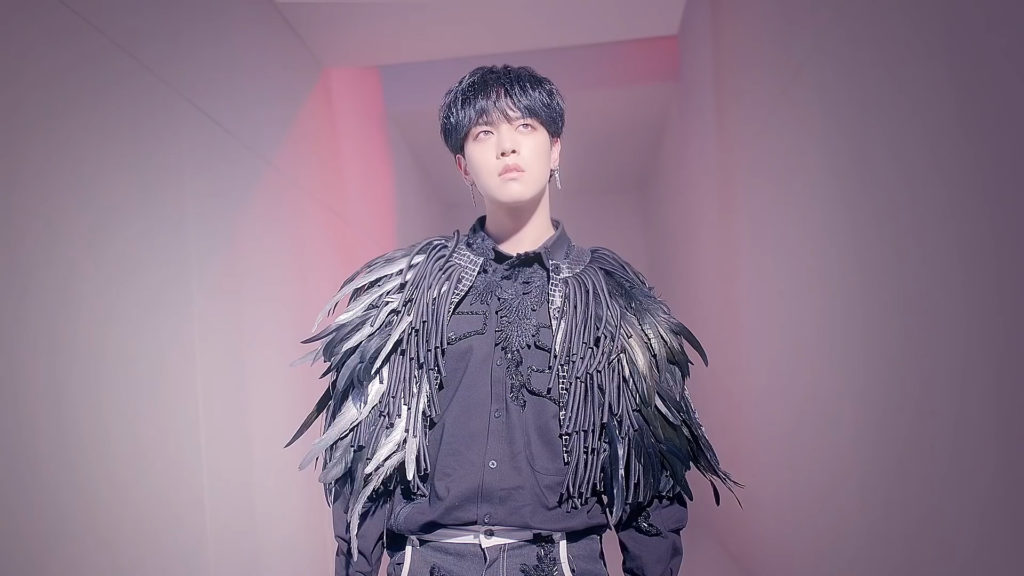 So is there a reason ONEUS would display a more modern, romanticised depiction of the Valkyrie, when darker concepts are so popular?

The song relies heavily on the similarity between the sound of the word ‘Valkyrie’ (pronounced VAL-ker-ee) and the Korean verb ‘to light up’ 밝히리. This linking the song’s meaning to the more angelic version of the old Viking legend of the choosers of the fallen. There is no allusion to falling in battle or death, only the guidance of the mythical creatures.

So, although a darker depiction of the Valkyrie may have been interesting to see, ONEUS has presented the perfect balance of old and new, dark and light.

‘Light Us’ the seven-track debut by ONEUS can be purchased on iTunes for £4.99