It’s official – Eric Nam is coming to Europe, and London is on the list.

The solo singer-songwriter’s career has exploded of late, with his releases including ‘FLOAT’ produced by Kool Kojak. ‘FLOAT’ featured on the soundtrack for box office hit ‘Hotel Transylvania 3: Summer Vactation’. Eric has been touring extensively, with stops across the US, and currently Australia, and he is finally set to hit Europe in June.

Due to popular demand, the Cologne and Amsterdam dates have been upgraded to larger venues (tickets already sold will be honoured.

There is also going to be a second date in London! Eric will play a second night at the Islington Academy on Saturday 22nd June.

Tickets and VIP packages are on sale NOW at ericnam.com

Find out when and where Eric Nam is touring, below. 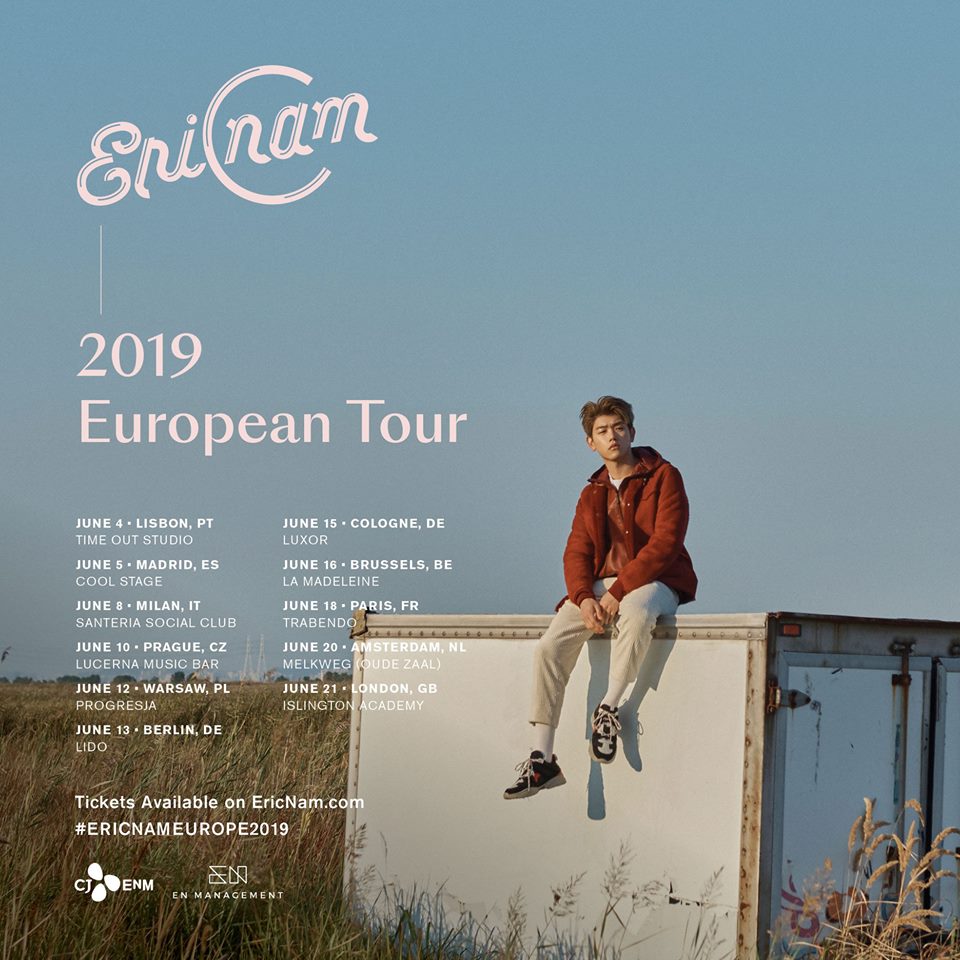 Eric Nam joins a whole host of artists playing in the UK in the first half of 2019, including Grazy Grace, Epik High, BlackPink and Hyukoh.