Trending
You are at:Home»Events»Concert»[NEWS] SF9 announce USA and Europe Tour

SF9 have announced that they’re going to be going on a USA and Europe tour in April and May this year!

SF9 are a group who debuted in 2016 with an eclectic mix of music. Their music ranges from electro-pop to latin pop and even 60’s rock.

SF9 came back on February 20th with the title song ‘Enough’. The tour, that SF9 are doing with MyMusicTaste, is in support of this most recent album ‘NARCISSUS’. They will be doing 10 dates across the United States of America and Europe.

The tour was made possible by the overwhelming demand and support for SF9 on MyMusicTaste. MyMusic Taste is a service that allows fans to request that their favourite artists to perform in their cities.

The tour dates are as follows:

For further information on the tour and tickets, you can visit the MMT site here. 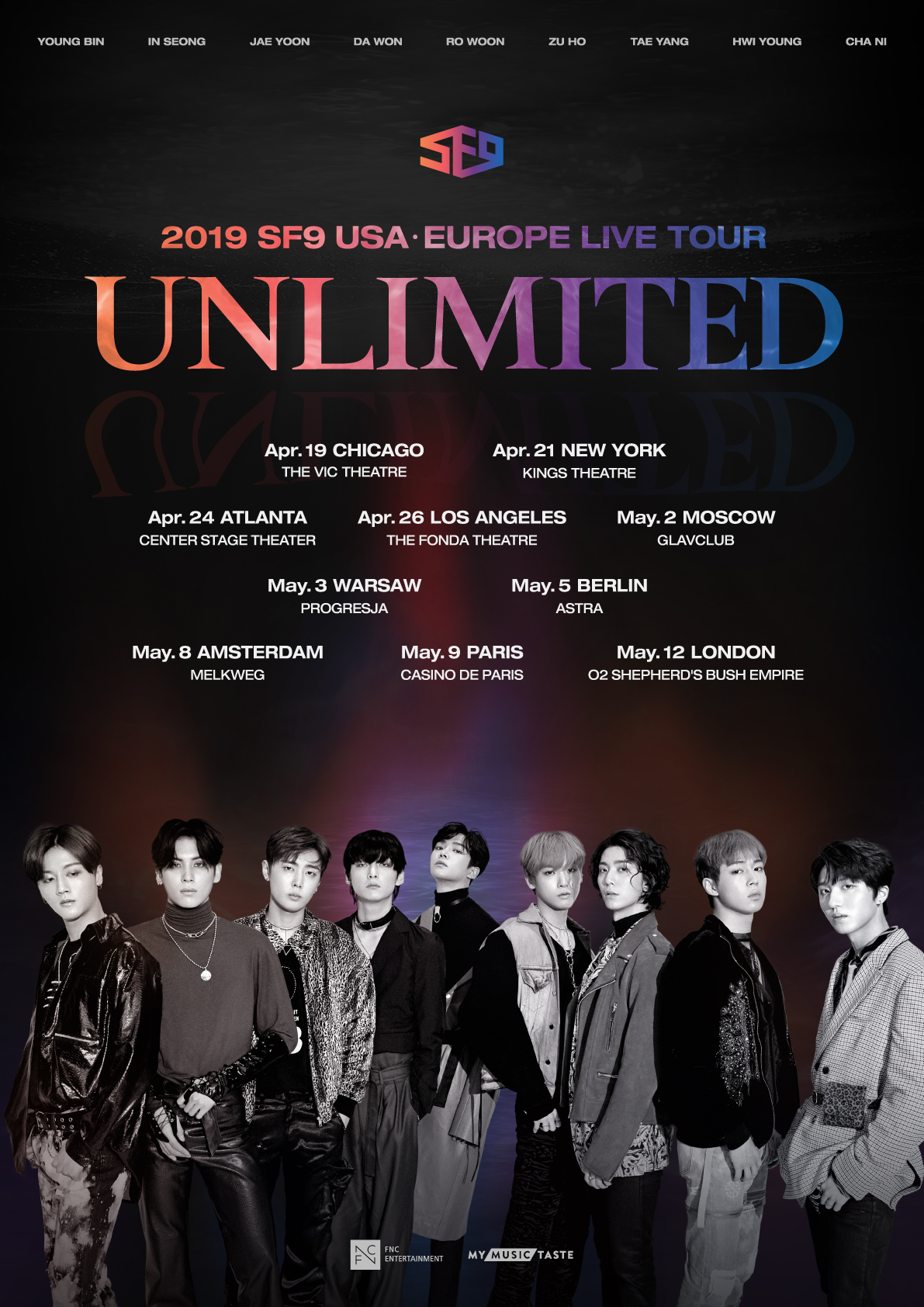