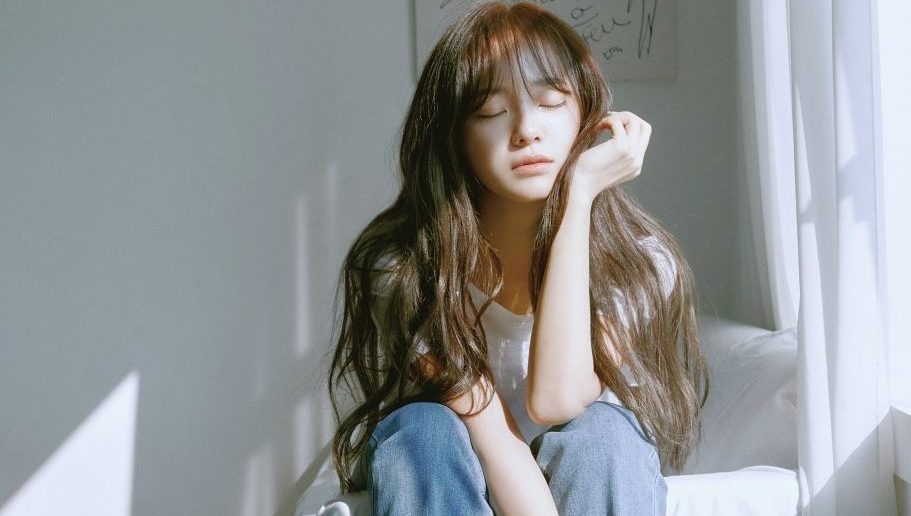 It feels as though almost a lifetime has passed since the first season of Produce 101. Amidst scandals, “evil editing” and crazy fans, the groups and idols created through the show have often been reduced to victims or scapegoats. Individual identity is always a difficult thing to cultivate in the music industry, and yet it’s equally crucial in success, whether in a group or a solo artist.

From the beginning, Kim Sejeong was given that identity. Nicknamed ‘God Sejeong’, she swiftly moved up the rankings in the first series of Produce due to her stunning voice and well-showcased kindness. Whilst all three Jellyfish girls did well on the show, it could be claimed that Sejeong did what few else did to the same extent – sparked and maintained popularity with no previous buzz surrounding her.
That isn’t to say she was alone in this. Other members of IOI, the final group forged in the first series of the show, had a similar effect at different points in time, and for various reasons – take Chungha and Sohye for instance. But Sejeong was the chosen rival for Jeon Somi in a show that wanted a rivalry narrative. Whereas Somi was the obvious choice for top spot given her young age, talent, and previous appearance on the reality series that made the JYP group Twice, Sejeong almost came out of nowhere. And she endured.
Eventually placing second in the rankings, Kim Sejeong was a winner in many people’s eyes. IOI sure got off to a rough start when they debuted with ‘Dreamgirls’, but their career – short as the year-long contract was – left a lasting legacy. Sejeong played a huge part in this as a vocalist, and it seemed, for a while, that Jellyfish Entertainment knew they had gold in their hands.
When rumours of the first girl group for the company began to fly in 2016, fans were certain that Sejeong, alongside Mina and Nayoung, would be the first faces in the lineup. Why would they not be? The girls had a steady following, popularity from the show and the IOI promotions, plus their skills had been verified under the most tense scrutiny. Jellyfish knew this. They wanted to capitalize on that popularity whilst it was still at its peak.
And so gugudan was born. Some would say that the name itself was the first misstep, but it can also be argued that the timing, initially thought to be apt, was rather ill-advised too. IOI fans believed the company was stealing Sejeong and Mina away from promotions, given that they and a few other members did not participate in IOI’s first comeback. Compounded on all this was the choice of single for gugudan’s debut – a cute, upbeat number that certain fans claimed undersold the group’s talent. Whatever the case, it was a rough start for Sejoeong outside the confines of the Produce system. There’s still an argument today that she perhaps would have been better off going solo from the start. If that is the case, she has the chance to show it.
Later in that debut year, Sejeong released the song ‘Flower Way’ under the Jelly Box project. A collaboration with Zico as a producer, it took inspiration from a speech she gave during a Produce 101 episode in which she hoped she would help her mother walk flower paths from that moment on. The release was a resounding success, earning Sejeong a win on a music show and further cementing her name in the public eye, and a fair few OST releases too.
What followed was a flurry of advertising deals and a leading role in a drama. Sejeong has never restrained herself to just singing, though that is where a lot of her skills undeniably lies. Given these successes along, she might have been forgiven for wanting to continue along her own path. But she remained with gugudan, despite Jellyfish often pushing her more than the other members, placing increasing amounts of pressure on her to little effect. It’s such a shame, as gugudan has solidly improved with every release since their debut. And Sejeong stands with them. In a recent interview, she said, “I think a lot of people found out about gugudan through me. I want my solo promotions to leave a good impact on the group.”
This has seen perhaps the inevitable finally occur, however. Sejeong released her first mini-album, along with debut single ‘Plant’ on the 17th March, to much excitement from her long time fans. She has since begun performing on music shows. Only time will tell if she can reach the same heights as ‘Flower Way’, but in striking out on her own (officially this time) Sejeong is taking yet another leap in her career, one that has been growing much like a plant itself ever since those early days singing covers on Produce 101.
gugudan idol spotlight IOI Jellyfish Entertainment Kim Sejeong Produce 101
Share. Twitter Facebook Google+ Pinterest LinkedIn Tumblr Email
Previous Article[NEWS] ITZY talks about “WANNABE” and their “Paris et ITZY” Show
Next Article [NEWS] KCCUK temporarily closing to the public