Trending
You are at:Home»Original Content»Editorials»[OP-ED] Are ITZY creating their own niche in Kpop?

[OP-ED] Are ITZY creating their own niche in Kpop?

JYP Entertainment’s newest girl group has taken the Kpop world by storm. From breaking the record for the most views on a debut music video within 12/24 hours to then becoming the fastest group to gain their first win, ITZY exploded onto the Kpop scene. A 5 member team, ITZY pride themselves on promoting self-love, empowerment and individuality through their music. With lyrics such as “Why do they care so about other people’s lives”, it’s no wonder that some say that ITZY are creating a league of their own. Are ITZY creating their own niche within the Kpop world?

ITZY’s debut introduced their fresh and unique concept to the world. Their group name embodies the shining confidence members Yeji, Lia, Ryujin, Chaeryeong and Yuna exude – ITZY translates roughly to “got it”, meaning that they’ve “got” everything fans could want in a group. ‘Dalla Dalla’ is an upbeat, eclectic title track that showcases the individual charms of each member. Yeji’s fierce energy, Lia’s elegant aura, Ryujin’s ‘girl crush’ vibe, Chaeryeong’s aegyo and Yuna’s bright innocence mesh together to form an edgy and youthful sound. Each member has a clear and distinct vocal tone which eliminates any claims of them sounding too ‘samey’ or comparisons to other artists.

Dalla, which means ‘different’ in English, manages to bridge the gap between newer and older fans of Kpop. With clear ‘retro’ influences in Dalla’s music video (the gold and metallic backdrops, grainy/‘computer glitch’ imaging and vivid rainbow colouring), ITZY manages to elicit a sense of nostalgia whilst introducing their own colour with the rap break, beat drop and challenging choreography. Their follow-up single ‘ICY’ is an ultra-modern defiant anthem focused on crushing the social expectations imposed on them. Gone are the expectations for women to be ‘feminine’ and graceful – in the music video, Ryujin is seen flinging documents into the air during an interview whilst Lia strolls into a diner wearing a beautiful gown with scruffy trainers. The cartoonish effects seen in the video are reminiscent of 90’s cartoons, and this continuing remix of old and new places ITZY’s sound outside the realms of known Kpop concepts and onto a plane of their own. 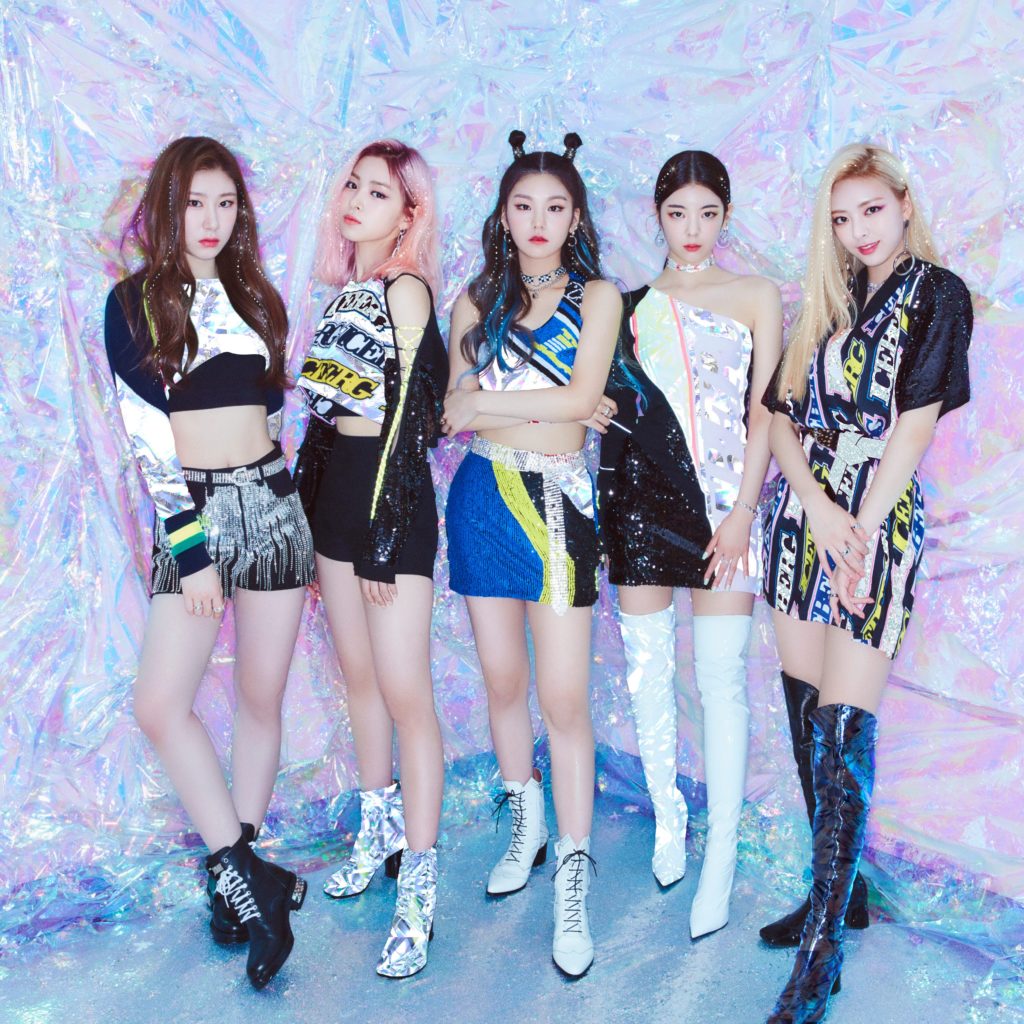 However it’s ‘Wannabe’, their latest single, which sets them miles apart from other artists. A noticeably darker and edgier track, ITZY masterfully shrugs off their critics. The track has a strong opening from Ryujin with her point shoulder dance followed by Yeji and her striking visuals. The lyrics are much more direct – Yeji’s “Can you just leave me alone / Whether I live a normal life or not it’s my life” and Lia’s “I don’t have to be anything because I’m perfect when I’m myself” set the tone for this era. The song flows seamlessly until it’s abruptly broken by a beat drop and iconic dance break seen only in ITZY – a group of exceptional dancers – and JYP plays to this strength. Full of hip-breaking and powerful moves, their dance breaks are atypical of ‘feminine’ choreographies which are generally very focused on arm movements. Instead, they fall into the same league as boy group choreographies, which are more intense and involve use of the entire body.

When we consider how women are expected to look and behave in South Korea, ITZY’s success flies in the face of the social standards women are held to. Not only are they the first group to market themselves entirely on self-confidence, but in comparison to their seniors TWICE who are known for their graceful and cute charms, ITZY are breaking boundaries: it’s safe to say that ITZY are indeed creating their own niche in Kpop for others to follow.