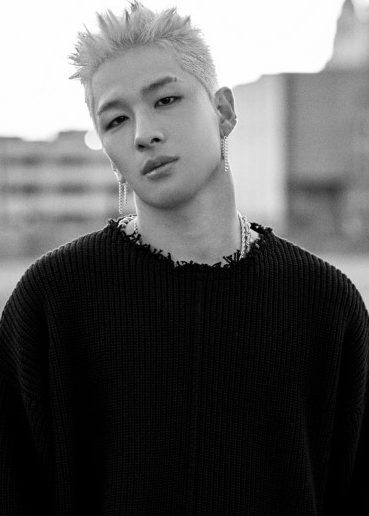 It’s fair to say that we all need a bit of positivity right now. Still in the midst of a lockdown here in the UK, we thought it’d be fun to recommend releases from across different genres in Korea, with no limits whatsoever. Some you may have heard of, some perhaps not, but if you find yourself bored or feeling low whilst indoors, why not stick on one, or all, of these records and get lost in some music?

An unlikely coming together, but one that was a welcome return to music back in 2015 for versatile and prolific producer Primary, this collaborative EP, which features a guest-spot from HYUKOH frontman Oh Hyuk, shines a light on both artist’s immense talents. Borrowing from a wide array of sub-genres, the four-track offering shines in moments of acid jazz brilliance heard on “eTunnel,” with its bass-heavy grooves and disco-borrowing vibrancy, whilst also showing glimpses of poignancy with offerings like the melancholy, sonically simple “Island.”

Overall, it’s a short-form release that combines the unique, raspy vocals of Oh Hyuk with the tangible knack Primary has for playing to his collaborator’s strengths. If you’re the kind of person who likes to try something new, then Lucky You! may just be what you’re looking for.

Another EP, Crush’s Outside shows a trendier side to the soulful R&B artist. “Summer Love,” its opener, showcases more subtle, sleeker synths alongside hip-hop beats to highlight the 27-year-old’s vocal prowess, which is good, but it isn’t until the titular “Outside” that the EP feels truly magnificent. The verses flow perfectly, utilising the non-invasive trap/synth combination to allow the vocals to be delivered in a more freeform style whilst the chorus, a powerful, layered attempt to provide sonic resonance, helps really earn the track its stars.

Complete with a summery trap-laden, synth-heavy sensual offering with Sik-K, Outside is perfect for those looking for something to fit perfectly with the warm weather we’re currently blessed with.

Before going away for mandatory military service, Taeyang was close to reaching the top of his game. WHITE NIGHT, his third mini-album (and first in three years), threw an emphatic emphasis of his strong-points at us, taking away some of the imperfections of RISE to shape a truly perfect piece.

Whether it’s power-ballad “DARLING” which shows-off just how excellent and versatile Taeyang has become as a singer or “NAKED,” a double-entendre of a track which has an irresistible dynamic chorus and intriguing concoction of synths, the 31-year-old retains a maturity and dignified class in each track that never fails to keep enticing the listener. It’s a real shame that we here in the UK never saw the album’s accompanying tour, but would be an even bigger shame if we managed to ignore the album whilst stuck at home.

Jannabi’s somewhat conceptual sophomore LP was a monumental triumph for the band. Depicting the story of a youth’s hardship to the point the story becomes a “legend,” the four-piece guide the listener through soundscapes that, although never necessarily coming across as daring, have a comfortable familiarity to them. “joyful joyful” thrives in its singalong-inducing, nimble chorus, “mirror” in its folk-woven nods to artistic predecessors, whilst old-time ballad “for lovers who hesitate” glistens in vocal emotion and its simplistic, melodic instrumental backdrop.

A confident, frank piece of art that takes in and refuses to shy away from both the highs and lows of a time in our lives we all reflect upon, LEGEND sees Jannabi move towards a pleasant summation of their style as an outfit. They’re undoubtedly comfortable with who they are, and with it being perfectly identifiable throughout this record, why not give it at least a try?

It didn’t take long for Beenzino to find his footing after his mandatory military service, and “Blurry” serves as the perfect testament. An atmospheric, synth-led rap track which occasionally feels enchanting in its floaty vibrancy, the 32-year-old delivers a reliable effort here. Sticking to lyrically simple verses, Beenzino shepherds the track into comfortable consistency as he raps over a thick bassline and synth leads. There are remnants of some rhythm guitar, particularly in the final chorus, which help add some further sonic embellishment and, whilst Dbo doesn’t do anything spectacular in his featured role, he manages to remain competent enough to steer the song into its mid-tempo climax with some degree of finesse.

Add that to the near-guarantee that you’ll be singing the hook of this track for days and then there’s no reason you shouldn’t give this particular release a spin.

Zion.T is undoubtedly one of the most idiosyncratic talents in Korea. His debut effort, Red Light, was an R&B-meets-anything offering, showing improvisational craftsmanship in synthesiser-heavy “O” and a nuanced, tempered emotion in low-tempo, softer songs such as “Two Melodies.”

But, follow-up OO seemed to ditch a lot of the synths and spare parts, emphasising more broader, traditional-sounding soundscapes. But, perhaps more poignantly, really honing in on the artist’s confidence in his work.

The satirical “The Song,” which plods along with an R&B geared backdrop of percussion, guitars and snaps, sees Zion.T talk about how he hopes the song doesn’t get popular, wishing also that people don’t memorise the lyrics. Strange? Maybe, particularly as it’s one of the Black Label signee’s most catchy choruses, but a no doubt intentional showing that he doesn’t want his own creation to just be cast aside as a throwaway chart track.

From there, whilst also taking into account the album’s opener “Cinema,” which favours Latin guitars and a sand shaker to build the bulk of the track’s main melody, Zion.T drifts through the release without a set structure. From the funky, bass-heavy “Sorry” right the way to the musical conversation that is “Complex,” a track which allows for the artist to strike up a prominent lyrical badinage with K-Pop royalty G-Dragon, OO never feels tired in concept nor delivery. It’s a piece of work that few could pull off yet feels natural to the R&B star, and that’s a testament to just how good Zion.T is.

Meshing his fun, boyband-ish charm with hip-hop sensibilities, TELEVISION was, in many ways, Zico’s huge push into superstardom.

Starting with a self-deprecating declaration that he really isn’t a genius, “Behind the Scene” starts the release by centring around the metaphor of a swan; gracious as it glides across the water, but desperately hardworking and somewhat ugly as it paddles constantly to stay afloat. Although lyrically apt, the bouncy bass and groovy rhythm guitar licks make it hard not to be distracted by the sonic vibrancy, so much so it’s hard to focus on any written poignancy.

But, on third track “ANTI,” Zico hits his second attempt to lay it all bare for a home run. Enlisting the soulful, breathy vocals of Golden for the track, the KOZ Entertainment CEO steps into the role as an anti – the Korean slang term most easily compared to “hater” – distributing unrelenting venom that he (the character) hasn’t seen the artist suffer enough to be successful, and that his success alone makes him a target. It’s a bold, brash attempt that blurs the lines between self-satirisation and a manifestation of tangible self doubt, but one that nonetheless packs a punch that so few songs manage to.

There are lighter songs, such as the tone-heavy, guitar-centric “She’s a Baby,” which allows Zico to bring the EP to a lulled finish, but with tracks like “ANTI” and the brash ensemble “FANXY CHILD” still fresh on the mind, TELEVISION will give you food for thought in its thought-provoking numbers that extends well past your initial listen.

And that’s that. Did you like the picks? What would you recommend? Who knows, we might feature them in the next instalment.