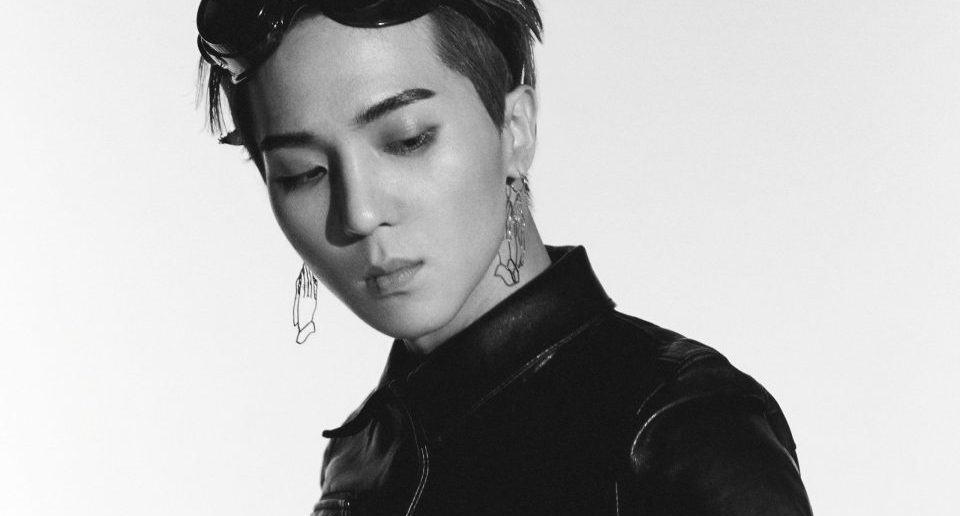 With the weather now the sunniest it has been all year here in the UK, there’s nothing better to do than relax with some music on. Still bound by lockdown restrictions, whether you’re listening at work, in your garden, or on a scenic drive to test your eyesight, this week’s grab bag will hopefully satisfy your needs.

It wouldn’t take somebody with the IQ level of Einstein to tell you why Jannabi are at the apex of the indie scene in Korea. Idiosyncratic in everything from their rich, diverse soundscapes to their old-fashioned clothing styles, they transcend the level of mundane edginess most bands who brand themselves alternative achieve by bringing a quirky, refreshing blend of both modern and classic indie rock to the table.

“Good Boy Twist,” a 2018 standalone single, is a shining example of this. Decadent in its seamless, drawn-out vocal delivery, rapid bass riffs and central melodies, it’s a danceable indie-folk offering which will have you shuffling in no time. Whether it’s the constant shifts of pace, instrumental surprises or key-changes courtesy of Choi Jeong-hoon, this is a ditty which would make for a smile-inducing highlight of any playlist.

Opener “Tequila,” a collaboration with Hoody, goes full tropical house, riding the beat’s upbeat groove into nothing particularly daring, but something no less entertaining. The harmonising throughout is a nice touch, and the bouncy drop adds a sense of dance ability. A strong opener, it leads well into “Bad Habit,” a more restrained number which relies heavily on a looped rhythm guitar riff and noninvasive-yet-impressive vocals. There’s a strong sense of rhythm and tone to this particular offering and the chorus, sweeping in its subtle groove, is reasonably catchy too.

It is the second half of the extended play that really earns Golden his stars, though. “Circles,” a resoundingly resonant vocal effort, soars in its arresting chorus, seeping with unrelenting fervency. Although instrumentally simple, sticking to low-key trap beats, choppy vocal manipulations and a similar deep house bounce, the compositional choice helps the whispy, vulnerable vocals shine through unobstructed, translating the meaning directly to the listener. It’s the amalgamation of an already excellent body of work, and the highlight of a phenomenal release.

Add it to the buoyant “Found You,” a lovely short interlude “One More,” in addition to the R&B-infused “Can’t,” and you have an EP you must take time to listen to during lockdown.

Sometimes in life, it’s just nice to let go of the bells and whistles which dominate much of modern music. Although undeniably interesting, and by no means a bad thing to see music continuously progress, it can get a little overwhelming at times when songs are packed with endless components to wrap your mind around.

Fortunately, O3ohn clearly agrees. In April of 2019, he gifted the world with Simple Songs, a short EP which does away with spare parts, instead favouring a uncomplicated, undemanding approach. Moreover, it still packs a punch, with the endlessly catchy “One Night” breezing through its run time, whilst the more lyrically resonant “Annabel” utilities a tangibly sorrowful tone to maximise its vehemence.

Sharp, easy to listen to and somewhat charming, Simple Songs is, unlike the title suggests, rich with sonic brilliance, helping make for a healing listen.

Always one for an intriguing release, Sik-K returned yesterday with “TELL YA!,” a single which hearkens back to the frank, moody tracks heard throughout last year’s FL1P.

And, whilst lines like “I hate your friends and your motherf*cking crew” don’t exactly give off the sad boi™ vibes audiences became accustomed to on that release, they are still irrefutably just as morose. Layered over a plaintive melody, anthemic percussion and subtle piano flourishes is plenty of lyrical venom, with Minsik refusing to shy away from launching into expletives, or throwing intense jabs at the listener.

With that being said, it’s a surprisingly smooth-sailing listen, brimming with aggro whilst retaining a grounded sense of pop catchiness and compositional sleekness. So, whilst “TELL YA!” mightn’t be radio friendly, it could certainly find a home on the right kind of playlist.

Nobody is immune to having a well-deserved lazy day, but it seems that during lockdown lazy days have turned into lazy weeks. Vocalising this struggle is Sandeul on his latest single “Lazy Me,” penned all about his personal lethargy.

Colourful in its reflective, tone-heavy melodies as well as smartly added clock ticks to personify the mundane nature of time passing, the B1A4 member breezes through the song seamlessly. Flanked only by simple components, this understated offering adds quintessence to its subject matter whilst still cramming in plenty of appeal.

“I hate how I’m lazy// I wish I could be productive// But it’s not as easy as it sounds” are lines that may hit close to home for many. In fact, the general honesty heard throughout the track is something intrinsically relatable, whether we’d like to admit it or not. Even so, don’t let that put you off “Lazy Me,” as it is a comforting release tailor-made for when you may find yourself feeling down in the dumps.

The youngest winner of Show Me The Money in the broadcast’s history, Bobby – aside from his career as part of the formidable pop outfit iKON – is one of Korea’s brightest up-and-coming hip-hop luminaries. Capable of introspective storytelling as well as abrasive, pull-no-punches tunes of cockiness, the multi-faceted artist can just about whet his feet in any style and yield results.

Thus, despite Love and Fall surprising some listeners in its risk-adjacent, radio-friendly nature, it still worked as a cohesive summation of where the 24-year-old was at with his career at that time. Rich with boyband-ish appeal yet still proficient enough to throw some sonic curveballs, it‘s an album which is creditable as underrated, or at the very least understated.

From “Secret,” a sensual stab at R&B, to “I LOVE YOU,” an unapologetically lovely tropical-dance track which brims with animated spirit and singalong enticement, the makeup of the record is clearly aimed at a wider audience, but still maintains a tangible sense of fun-loving amusement which is hard for those wishing for more hip-hop orientated tracks like “UP” to resist.

Accentuated by “SWIM,” a trap-driven offering which jounces with thick basslines and summery melodies, Love and Fall shines most brightly in its pop gratification and zest, as opposed to full-bodied substance. If you want to listen to something which will swipe the negativity away whilst outside during the warm weather we’re revelling in here in the UK, this is the LP for you.

There’s absolutely no denying that Song Mino is a star. Every move he makes seems to pack some form of superstar aura, so it came as little surprise that he was the first member of WINNER to properly venture into a solo project. And, whilst it’s certainly not perfect, XX delivered plenty of flashy substance to satisfy the understandable hype.

“FIANCÉ,” a colossal choice of a lead-single, is trot hip-hop heaven. Lyrically laden with metaphors, delivered with endless personality and produced sublimely, it’s uncompromisingly memorable. Smartly sampling ‘60s hit “Soyang River Girl” for maximum effect, and you have a song here which achieves the perfect balance between fast-paced abrasiveness and meticulous artistry.

Elsewhere, the vocally processed, innuendo-rich “O2” provides some ample breathing room, settling for catchiness over anything thematically daring, while “UM…,” a collaboration with BLUE.D, serves up languid synths, xylophone chords and vocal synergy to form a sonically spaced-out, down-tempo masterclass.

Full of highlights and intrigue, XX is a sexy, lyrically powerful album which has aged very, very well.

And that’s a wrap! We’ll be back next week, and we hope you’ll be here too.