Trending
You are at:Home»Original Content»Editorials»Why Kpop artists are being more outspoken about suffering from mental illness 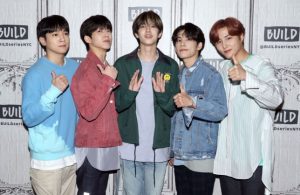 DAY6 won’t be promoting their new album due to anxiety.

Just one day before the release of their sixth album ‘The Book of Us: The Demon’, DAY6 joined the long line of Kpop artists that have halted the promotions or taken hiatuses from the music business due to mental health disorders.

It’s not surprising that many South Koreans suffer from mental illness as South Korea has the highest suicide rate out of the OECD countries with 2018 statistics from Korean Biomedical Review showing that 36 Koreans commit suicide everyday which equates to one death every 40 minutes. Korean Biomedical Review’s data also shows that 40% of these suicides are the result of mental illness.

Though the South Korean government have announced countermeasures to reduce suicides by almost half before 2022, it is clear that they will have to put many preventative measures in place before truly remedying the mental ill-health that is rife within the country.

“[The government] seems to be missing the cause of suicides: a culture that doesn’t acknowledge mental illness,” writes Marian Chu for Korean Biomedical review. “The stigma surrounding mental illness is so strong that saying ‘I struggle with a mental health issue’ is equal to saying, ‘Please ridicule and ostracize me.'”

Much of the South Korean aversion to mental health disorders comes from the culture’s emphasis on how you are perceived by others which is one of the reason why it affects Kpop stars so badly.

Kpop artists are trained to be perfect, hence the name ‘idols’. They are created to be a flawless representation of South Korean culture and are subject to grueling schedules, unhealthy diets and constant criticism from outsiders.

Their demanding schedules do not allow for free time to de-stress or for time to learn the skills that will help them build strong mental health safety nets before entering the industry. 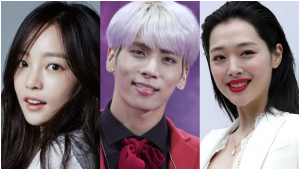 The deaths of Goo Hara, Kim Jonghyun and Sulli have sparked conversations about mental health in South Korea.

“The hardest thing about being a celebrity is that it’s a job where you have to constantly show your good side,” said former idol Park Sang Hee after the passing of SHINee’s Kim Jonghyun in 2017. “That leads to not being able to talk to anyone and thinking that you can overcome the problems yourself, believing that you are strong enough. This can lead to such celebrities being trapped in this disease called depression. This is why I believe so many top stars in the industry fall into depression.”

The death of Kim Jonghyun has sparked a mental health conversation in South Korea. So did the deaths of former f(x) member Sulli and former KARA member Goo Hara as fans started an online petition to South Korea’s president Moon Jae In calling for stronger punishment for abusive comments online which attracted 20,000 signatures in just one day.

Constant access to idols through social media and the internet in conjunction with the criticism celebrities face in South Korea can be hugely damaging to the artists and can worsen mental health disorders. This was the case for both Goo Hara, who faced criticism after her ex-boyfriend threatened to release their sex video, and Sulli, who was ridiculed for being a feminist and not wearing a bra. 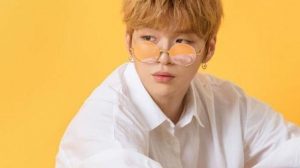 Kang Daniel announced he wouldn’t be promoting his comeback not long before it was released.

The scrutiny other idols have to deal with isn’t always widely reported, but they still suffer from the intense pressures of the entertainment industry. Kang Daniel’s company KONNECT Entertainment announced that he would halt all promotions due to extreme anxiety, depression and panic disorder in December. “[Kang] has complained of anxiety recently […] leading to the conclusion that what should be considered the top priority for the health and safety of the artist is relaxation and rest,” KONNECT Entertainment said in their statement.

Kang Daniel and DAY6 are not the only Kpop idols to take a  break from the industry and promotions due to mental health related reasons. Seventeen’s S.Coups, Monsta X’s Jooheon, Stray Kids’ Han, Cosmic Girls’ Dawon and LOONA’s HaSeul have all announced hiatuses for similar reasons within the last year.

Though it is heartbreaking to find out that your favourite idol is suffering, the newfound openness about these issues can be reassuring to fans who are also struggling. 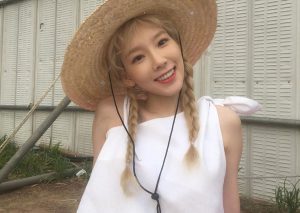 Taeyeon found it comforting to open up about her mental health on Instagram.

Girls’ Generation’s Taeyeon opened up about her experience with depression during a Q&A on Instagram stories. Though she was mocked by some users for her mental ill-health, one fan responded saying that she was also suffering from depression, but that she was determined to overcome it and urged Taeyeon to fight too. Being able to talk freely about her demons appeared to benefit Taeyeon as she said: “I’m going to be okay. I’m sorry for making you worry, but I think that this is another way for us to get to know each other better. I will take better care of myself. For the fans who deserve all the good things in the world.”

It isn’t just depression and anxiety that Kpop idols suffer with, either. Due to the expectations that idols face to be thin and attractive, some also struggle with eating disorders.

Oh My Girl’s JinE lost so much weight during promotions that she quit the industry to focus on her health and IU spoke about struggling with bulimia on Healing Camp back in 2014. Even BTS’ Jimin said that at one point he only ate once every ten days on Korean cooking show ‘Please Take Care of My Refrigerator’.

It is clear that South Korea and the Kpop industry have a long way to go before they are able to rectify the mental ill-health of idols and make the music industry more mental health friendly, but the more Kpop idols are outspoken about their struggles, the better mental health help should become in South Korea.

Mina has returned to promotions with TWICE after taking a break from the industry.

It’s not all negative as the Kpop industry has seen people come back from mental health hiatuses after resting and receiving treatment. TWICE’s Mina made her comeback in February of this year after taking a break due to “sudden extreme anxiety and insecurity towards performing on stage in June 2019. JYP Entertainment have announced that she will continue with activities but that they will be carefully managed from now on.

If you are struggling with you’re mental health and live in the UK, Samaritans can be contacted on 116 123 or email jo@samaritans.org.