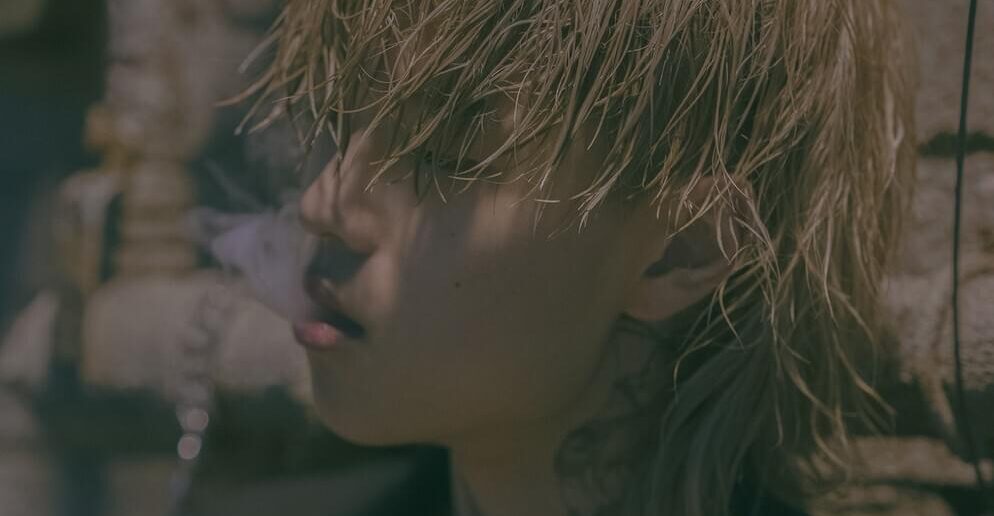 In many ways, ASH ISLAND is a bit of an anomaly in Korean hip-hop. Although his style of rock-leaning rap isn’t exactly new to a western audience – see Post Malone – in his native country, a lot of mainstream hip-hop hinges on trap beats and synth-driven melodies. That’s not to say that formula is bad per-say, but it does mean that an artist like ASH ISLAND has always been able to stand out.

Fortunately, standing out is exactly what the tattooed 20-year-old has done initially appearing in November of 2018 with the key-heavy, melodically soothing “How R U.” Even “DEADSTAR,” an early collaboration with acquaintance CHANGMO, showed immense quality, shifting between shuttling trap beats and Latin guitars with ease as both artists unleash verses on their “rockstar lives” with an understated passion.

From there, things did start to get a little less formulaic, drifting away from trap and towards breezy acoustics and muffled modulations (“Nightmare“) and tropical synths and heavy bass (“Oh My!“). Yet, it was a remix of “Paranoid” that stole the most headlines, and saw a complete departure from his initial sound. Thick with tone heavy rhythm guitar, blistering synths and impassioned vocals, it’s a screeching unleashing of negative feelings, complemented by Changmo‘s shaky, melodic vocals. Visceral in execution, it began to separate ASH ISLAND from many of his contemporaries, and proved his impressive potential.

And now, the 20-year-old finds himself returning with “Error,” a collaboration with prolific cloud rapper Loopy. Centred around atmospheric arpeggiated string samples, finger snaps and repeating acoustic guitar chords, it’s a downbeat track penned about missing a lover, and wishing for their return. Tonally downbeat, the slightly muffled fervent chorus gives a tangible life to the song, before Loopy‘s quintessential muddy delivery continues the melancholia. Surprisingly emotional (even if the guitar hero-esque solo feels out of place), “Error” shows a marked maturity, and a more pronounced pensiveness than ever before.

Despite scarce releases in the uncertain year that is 2020, ASH ISLAND now sees himself continuing his upwards trajectory, carefully treading towards meeting his potential. It’s hard to predict what’s next, but it’s a certainty that whatever does come will be exciting.