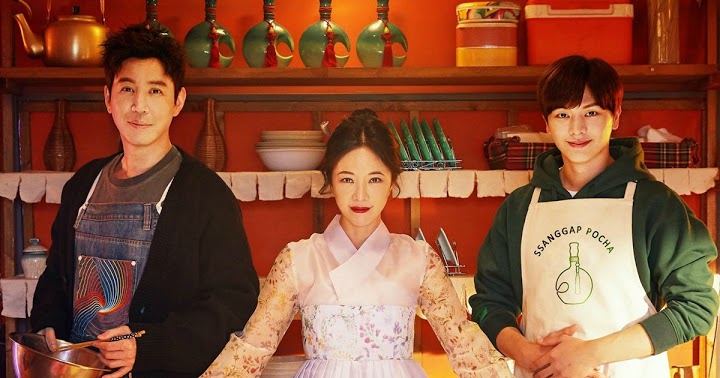 Mystic Pop-Up Bar has been one of those shows with a little bit of everything in it; a very compelling storyline, lots of tasteful comic relief and some of the most amazing character development that I’ve ever seen in a K-Drama before.

Especially in the earlier episodes of the show, it plays out like an anthology series, where each episode is dedicated to a different new character and the personal turmoil that they are facing. This is where the main characters come in. Wol-Ju (Hwang Jung-Eum), Han Kang-Bae (Yook Sung-Jae) and Chief Gwi (Choi Won-Young) act as a trio of problem-solvers, entering the dreams of each customer that enters the pop-up bar and solving their worries. What really caught me was the amount of emotion that I felt for each of the customer’s stories. In one episode alone, they develop each character and their stories to a point where they can be absolutely heart-wrenching.

One thing that I can definitely say about Mystic Pop-Up Bar is that they have put so much thought into each element of the show. The setting alone is so captivating. The show begins during the Joseon Era, so initially we are presented with a very traditional environment. That, contrasted with the urban setting of the main plot, really draws your attention to the life and struggles of the main character and the lengths that she is having to go to in order to find peace.

I love Wol-Ju as a character and Hwang Jung-Eum is such a wonderful actress, I’ve loved her ever since I watched ‘She Was Pretty’ but she absolutely steals the show in Mystic Pop-Up Bar. Throughout the show, she plays both humour and emotion in a way that completely draws you into her storyline. I felt like Chief Gwi was an interesting character but often seemed under-used. He gained more of a presence in the show towards the end, but otherwise seemed to very much fall into the background or be used as a comic relief character. This was really surprising, considering Choi Won-Young’s impressive roster of roles in dramas such as Kill Me, Heal Me and Sky Castle. As I said, he does gain a more bold presence in the story towards the end of the show, but still a rather disappointing use of such a talented actor.

The same cannot be said of Yook Sung-Jae though, as I loved the way that the writers of the show developed Han Kang-Bae as a character. He seemed to me to be a key factor in every character relationship in the show. Even in regards to the customers that enter the pop-up bar, Kang-Bae is absolutely instrumental in leading them there or coaxing them to share their worries. Yook Sung-Jae plays this role in such an endearing way that you are immediately drawn to him as a character and his relationship with both Wol-Ju and Chief Gwi is a driving factor of the whole story. All three main characters have such incredible chemistry with each other and it really does take the show to a whole new level.

I really do recommend Mystic Pop-Up Bar. Despite the show being slightly shorter than a typical K-Drama, with only 12 episodes, I thought that it perfectly encapsulated the storyline and anymore would have felt like overkill. I picked out this series without any expectations, and ended up loving it nearly as much as I loved Goblin!

It’s available on Netflix now, give it a watch if you can!