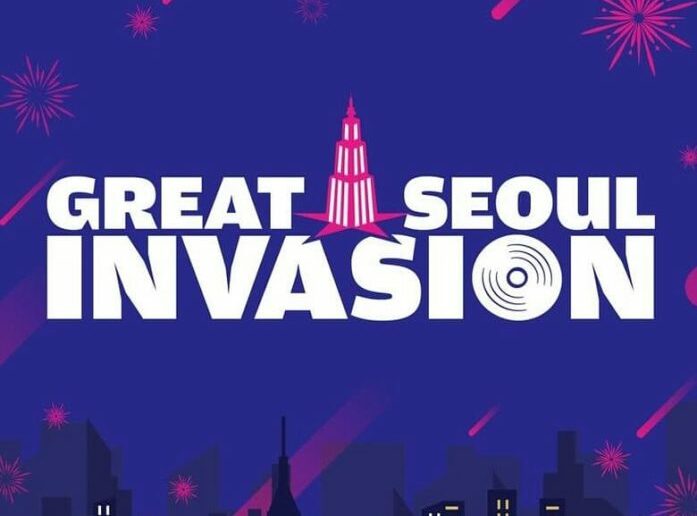 Originally set to premiere in June 2022, the show would be delayed with the show airing to the public through Mnet on July 20. Great Seoul Invasion is a competition show set up to showcase Korea’s rock and band talent.

Hosted by actor Yoon Bak, later revealed as the representative to the mysterious Mr G. Whose aim is to raise the profile of the K-band genre, and reach heights similar to that of the ‘British Invasion,’ and rock music in the 60s. Whilst promoting Korean bands to the Global spotlight by finding the next great K-band talent.

Taking place in G Tower before moving to the SK Olympic Handball Gymnasium for the competition final. Mr G would select some of Korean rock’s biggest and most successful bands as team leaders. Which would include; FNC Entertainment N.Flying members Lee Seung-Hyub and Kim Jae-Hyun alongside former TraxX drummer and The Midnight Romance frontman MINUE as one team. Yoon Sung Hyun of Thornapple and former Wanna One member Kim Jaehwan would make up team two. Another produce success Kwon Eun Bi would join to add competition experience as she would team alongside Ko Young-Bae of Soran, whilst Korean duo Peppertones teamed with solo singer/songwriter Jukjae to make the final team.

Revealed on his entrance it would be revealed that The Midnight Romance had already been introduced to the bands. Sent undercover to spy on the contestants it would be the show’s first big twist as MINUE would be announced as a mentor.

The competition featured some of Korea’s biggest current bands such as MGFF, Band Nah, South Club, SURL, W24 and ONEWE. Alongside the likes of Jaeha Yoo music contest winners Touched alongside young Korean bands such as rookies band D82, Under Hills and Patz. Each group competed for the ₩100,000,000 prize as well as an album-supported release and an opportunity to perform at festivals both in Korea and aboard. 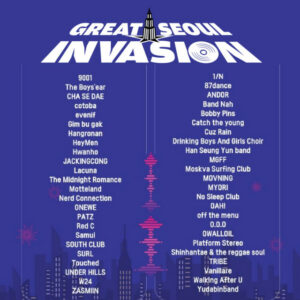 With attitudes similar to that seen on the popular Korean hip-hop competition show Show Me The Money. The competition would be an intense one, featuring various challenges such as round one, a pick system where each Team leader would pick two acts to pass before later picking one extra group each. All but two acts made it to round 2 as the team leaders would get the chance to pick four more groups to be placed into the ‘Band Pool.’

This would become a common theme throughout the show as the ‘Band pool’ would watch the bands perform in special themed 1v1 challenges before getting the opportunity to perform with the round losers for the opportunity to qualify for the next round or remain in the band pool.

These challenges would not only allow each band to show off their talents through 1v1 battles and song covers of other bands. But allow the bands to express themselves with the opportunity to dedicate a song to famous Korean figures with many bands using dedicating songs to Korean rock legends. Before later collaborating with some of K-pop and K-hip-hip’s biggest stars. In an attempt to show the band’s attempt to incorporate different genres similar to that seen in K-pop.

The main rounds that would stand out would be the last two, as the final selected bands would get the opportunity firstly to dedicate a song to rock icons in the mission titled ‘Respect.’ Yudabinband would be the standout performers, performing crying nut song, ‘Isn’t That Good’ in front of Crying Nut member Gyeongrok it would be a sentimental performance and an incredible tribute to an amazing group.

Overall, Great Seoul Invasion is the perfect example of the talent in the K-band industry. Showcasing the wide range of sounds and styles in the genre, it is the perfect example of how ranging Korean music can be. And whilst there are flaws in the show, the pure performances and talent displayed by each act are enough to make the show stand out and is an absolute must for all Korean music fans.