Trending
You are at:Home»Reviews»Songs»[SOTW] Criminal – Taemin 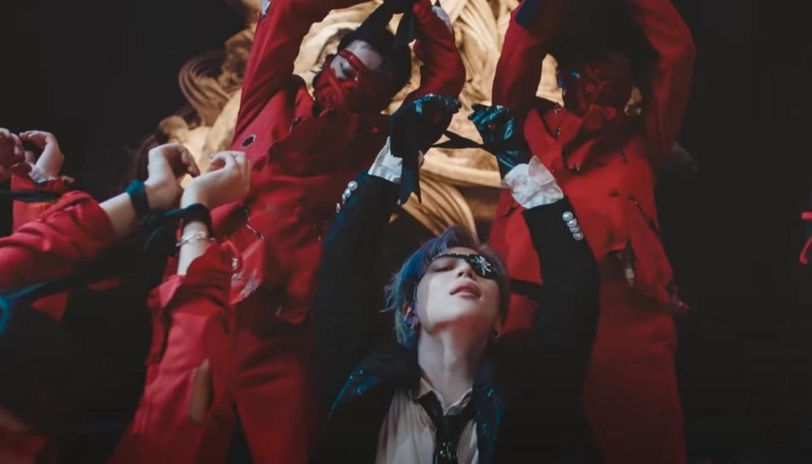 The music video itself is, unsurprisingly, beautiful. The colour palette of the MV is classically Taemin. Much like the “WANT” album, the palette is black, silver and red within the first verse and chorus. This changes  into a monochrome white and black, with hints of Taemin in more royal colours such as gold and metallic for the solo shots.This doesn’t only fit Taemin but also the concept of the song.

On the day of the album release, Taemin held a  V Live, where he talked about his first solo comeback in a year and seven months. whilst introducing the song, he confessed, ‘I tried changing up my voice with ad-libs in the last chorus.” Taemin continues; “It’s the part that I recorded while thinking a lot about how I could make it sound refreshing.”

Fans went crazy for the new comeback! SM described the sound as “synthwave”, which you can hear towards the beginning. The song expresses and attraction towards someone, but having a trapped feeling. This feeling of Stockholm syndrome can be found within the lyrics;

I try to get away from you

But being brainwashed, all I can do is nod

I don’t hate how your words make my

Even though the beginning of the song makes me want to start singing the iconic pop classic from Kylie Minogue, “Can’t Get You Out of My Head”, There’s no mistaking that this song s another hit from the SM giant!

Check out the MV for “Criminal” below, and let us know what you think of it!