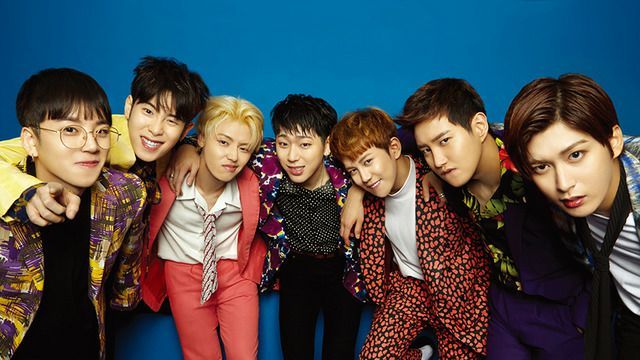 In honour of UnitedKpop’s 10th Anniversary on the 24th June, we thought we would cast our minds back to 2011 to see just how much the world of kpop has changed in the past decade. It’s crazy to think that the year UKP first started writing, some of the most well-loved and talented groups and artists made their debut alongside us. It is both really nostalgic and also really heartwarming to think that we have grown alongside some of the biggest names in kpop. Here are a few of the many incredible artists that debuted in 2011:

The hard hitting Hip-Hop group Block B stormed their way onto the scene in 2011. After a very eventful and sometimes controversial first step into the music scene, Block B have become a very well-recognised and well-loved group. I’ve loved seeing each member’s solo projects, though it was sad to see Zico leaving the group, I loved seeing him succeed as a soloist when ‘Any Song’ became so popular last year. Some members of Block B are currently in the process of serving their military enlistment, but I’m very excited to see what they get up to in the future, as both a group or as soloists.

With the release of their charming debut song ‘I don’t Know’ in 2011, Apink won the hearts of many with their bright vocals and refreshing concepts. I, for one, have absolutely loved seeing Apink’s growth across the years. From the very delicate concept in ‘I don’t Know’ to songs like ‘I’m so sick’ where Apink really show their boldness and energy, It’s been amazing to see how this group have matured and really taken on a whole new style along the way. It was a shame to hear that Naeun was leaving the group, but I’m excited to see what the group come back with next time regardless.

Listen to their debut song, ‘I don’t know’ here:

As one of the most well-known Hip Hop and R&B soloists in k-pop, it is only right that I include Zion.T in my list of 2011 debuts. In both his solo songs and his collaborations with other artists such as G-Dragon and Zico (a fellow 2011 debut artist), Zion. T has solidified himself as an absolute musical powerhouse with many awards and award nominations under his belt. I first heard of him after getting the award of Best R&B & Soul Album at the KMAs in 2014 and have closely followed his music career ever since. I love the diversity in his vocals and vibe, in that he can go from the silky smooth vocals of ‘Yanghwa BRDG’ to the funky, fresh style of ‘Babay’. I look forward to seeing whatever he brings out next!