Trending
You are at:Home»Original Content»[Song of the Week] GOT the Beat – Step Back 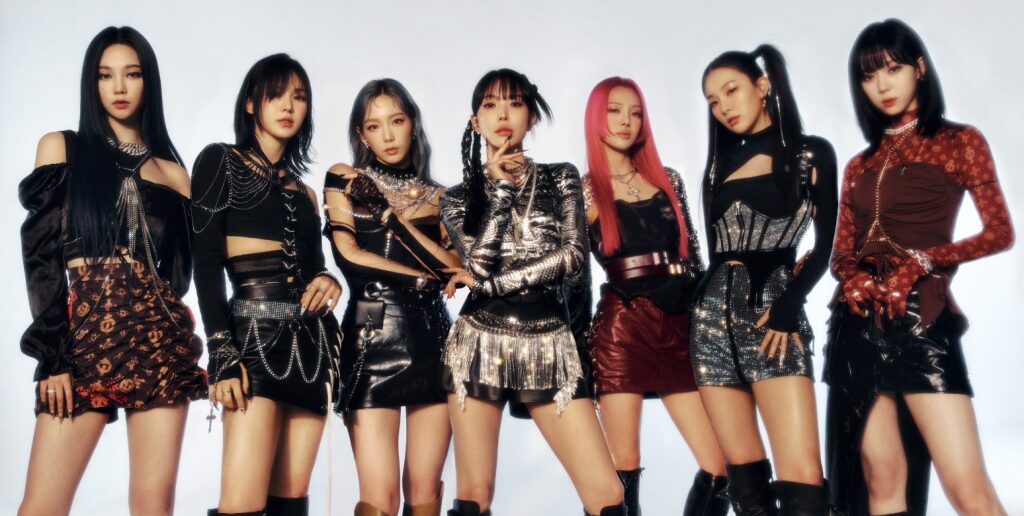 [Song of the Week] GOT the Beat – Step Back

It was only a matter of time.

After the huge success of SM Entertainment super boygroup, Super M, many people were wondering when their female counterpart might make an appearance. Though it may have taken a while, the girls are finally here. Announced in December of last year, Girls on Top comprises 4 generations worth of SM female talent. Solo queen and all-around legend BoA starts the line up, with Girls’ Generation icons Taeyeon and Hyoyeon representing the second generation. Powerhouses Wendy and Seulgi from Red Velvet step in for the 3rd generation idols, and lastly, but by no means the least, rookie gems Karina and Winter from Aespa stand-in for the latest era of k-pop.

It’s quite a mix, one that certainly could have appeared unbalanced either by experience or current popularity. However, with their first release, Step Back, Girls on Top prove to be a wonderful, eclectic combination of immensely talented performers who all stand out. And that’s a feat in itself with the huge names in this group.

That’s not to say that the song itself doesn’t have issues. Step Back is an experimental track, one with SM signature style oozing from every note. With roots in hip hop and trap, Step Back relies heavily on a few interesting samples. At first, they almost sound clashing. It takes a moment to orientate just where exactly the song is before where it’s going can even be figured out. The chorus lacks some punch, but the vocals carry it. All the way to a soaring bridge that you literally cannot miss – the lyrics literally announce it just before it appears.

And speaking of the lyrics, there’s a little to be desired when it comes to their content. With a group name like Girls on Top, it would have been the perfect moment to step back from the time-worn path of songs about guys. Ironically, something more like Girls’ Generations confident, assertive The Boys, perhaps? But hey, that confidence isn’t lacking from the performance the members give, so we’ll take what we can get.

Despite the lack of a music video, SM released a performance video of Step Back, which was filmed at their SM Town Live 2022: SMCU Express at Kwangya online concert. The costumes are gorgeous, as well as the stage design. It’s a pity that an official music video has yet to make an appearance, and likely won’t be doing so given the time that has passed since release. Nevertheless, BoA, Taeyeon, Hyoyeon, Wendy, Seulgi, Karina, and Winter know how to work a stage and sell the song with aplomb.

This lineup won’t be permanent – GOT the Beat is instead just the first iteration of Girls on Top. A subunit if you will. It’s a shame if this is the case and we only get a handful of releases from a lineup like this. Still, it’s also an exciting time for fans of SM girl groups, as the possibilities of matchups are nearly endless. If they live up to the quality of this release, then Girls on Top will have done more than enough to match up to, and even exceed, their boy group predecessors.

What were your thoughts on GOT the Beat’s Step Back? Did you love the girl group super crossover? Let us know!