Trending
You are at:Home»Original Content»[FREE CHOICE] Let’s talk about degrees in Korean language, culture and history 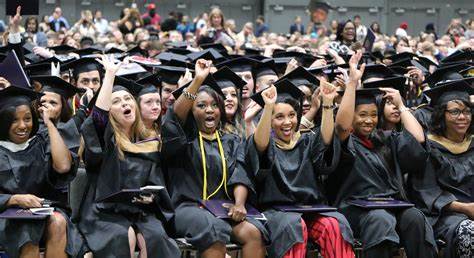 The term ‘micky mouse’ degree has often been used to describe higher education qualifications that are not directly linked to careers. The phrase has been used by tabloids in order to describe degrees deemed worthless and irrelevant. Traditionally, such degrees have been in topics such as art, music, literature and foreign languages such as Korean. Such language unapologetically correlates the supposed value of the qualification with its statistical potential earning power.

A quick search on the UCAS website shows that there are 32 qualifications from four different providers that include the term ‘Korean’. The degrees include Korean [language], Korean Studies and Asia Pacific Studies, which are often offered in combination a wide range of complementary minor or majors. These subject combinations include Korean Studies and/with Business Communication, Linguistics, History and Economics. The choices for students interested in Korean may currently be limited, but they are offered across the country; from Lancaster (UCLAN) to London (SOAS).

While the Government are quick to de-value arts and humanities degrees, as seen by the consistent cuts in arts subjects in the education system for the last decade, with some extra focus to careers outside of their degrees, ‘leveling up’ in a foreign language is a useful skill in a graduate’s toolkit. By absolute GDP, Korea is one of the fastest-moving economies in the world, and the 10th largest in the world (Goldman Sachs, 2022). It is also globally recognised as a leading innovator in fields such as technology and science – look no further than the creation and distribution of 4G and 5G internet. By speaking Korean, a whole new nation opens up for graduates looking for work.

The links between earning power and the ‘value for money’ that a course offers innately removes the personal value that the time at university studying something an individual is passionate can bring. Even outside of the ties to industries that are typically more highly valued, being able to speak in another language can have a highly positive impact on individuals. Linguistically and culturally,  studying Korean or another language will open an individual to other understandings of what are considered universal characteristics or ideas. Socially, it will foster the development of international and cross-cultural relationships, promoting new innovation and creative inspiration. Financially, it can be just as lucrative as non-micky-mouse-degree subjects; the majority of graduate jobs (Purcell et. al, 2013) do not require a particular qualification. As a result, a 2.1 honors in Korean is just as competitive as one in a STEM subject when competing for the vast majority of graduate schemes.

Where graduates often fall short is that their courses fail to provide strong guidance and experience in the workplace. Students therefore need to be more industry-savvy and ready to take on work experience, internships and correlate the soft skills from their courses to those required in their chosen field of work in order to make their applications more competitive. When combined with the lower initial earning potential, it is unsurprising that recent evidence points to first in family university students (who expect a higher, and arguably inflated starting salary when starting employment, Ertl et. al, 2013) being more likely to select courses that have a clear pathway to the job market (UCL, 2019) and steer away from those promising cultural capital.

Ultimately, the most powerful degree is the one that the student enjoys and is motivated to study for. If Korean is your thing, go for it. After all, it’s your only chance to study something you’re passionate about in such a learning bubble.