This weekend marks the start of Kpop Creators. Said feature will aim to introduce you to the men and women that work behind the scenes to create the music we love so much. These posts hope to introduce you to a whole range of creators whether they be lyricists; producers; album art designers; music video production teams; choreographers; stylists; etc – and as they’re written by our design team you’ll see the many reasons we love Kpop that don’t include the idols themselves.

We begin Kpop Creators with one of the industry’s most popular creators of music videos: ZANYBROS.
Head Designer Lore’s idols of Kpop, ZANYBROS, are founding ‘brothers’ Director Hong Wonki, and Director of Photography Kim Junhong. Their team also consists of another fourteen permanent members. ZANYBROS is a portmanteau word formed of ZANY (funny guy) + BROS (brothers) created to represent the joining of ‘brothers’ due to their wit.

The Kpop clients of this team are vast and to list them all would keep us here all night, so here are a handful:

Whether you’ve been a Kpop fan a week or a decade chances are you’ve unknowingly seen many a ZANYBROS mv. 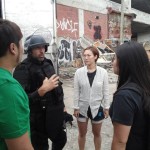 Directing the riots on the set of B.A.P’s Badman 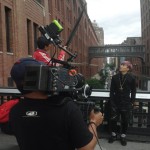 On the set of B.A.P’s Coffee Shop in San Francisco 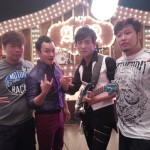 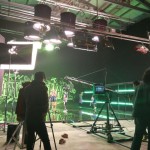 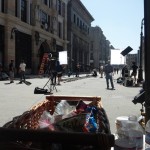 On the Universal lot filming Destiny with INFINITE 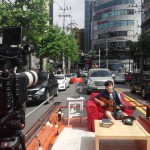 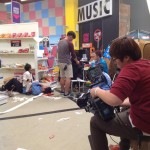 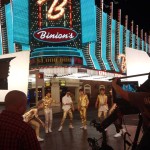 On set with B.A.P filming Hurricane

Check out our playlist of some of Lore’s favourite ZANYBROS mvs:

Did you know many record labels choose to have their mvs written and produced by outside companies?
What is your favourite music video by a korean artist? Maybe we can tell you if it is by ZANYBROS!