Trending
You are at:Home»K-Culture»Culture»[CULTURE] Korean Hanji

One of Korea’s greatest artistic contributions to the world has been paper-making. Known for its stability and durability, Hanji – made from the bark of Mulberry trees – has historically been used to make just about anything.

From room dividers to hand-held fans and sewing boxes. Today, contemporary artisans are trying to keep the flames of this tradition still alive. They employ traditional methods to create both artistic and practical objects.

The uses of Hanji cannot be understated, but perhaps its most beautiful application has been in painting and calligraphy. Hanji takes ink like no other medium.

Its inherent textured surface means that skill in an artist’s brushwork doesn’t end at the shape of the image. They have to take into account pressure to determine the saturation of ink on the page. Layering colour and images takes on a different meaning.

The long sheets of Hanji lend well to creating elaborate views and scenes. Artists using Hanji manipulate time and space. The events of a festival, for example, can be shown in linear succession on the scroll. You walk parallel to the scroll, viewing the story on a timeline.

In portrait form, Hanji lends itself to the characteristics of traditional Southeast Asian art. Distance is flattened and lifted so the entire scene is stacked on top of itself (meaning you view up rather than into the painting).

While the Hanji itself was considered part of the art, part of the composition. It’s not covered up with a thin, masking layer that would make it uniform. Instead, the individual Hanji sheet’s character, all of its bumps and ridges, are worked into the artwork. Most times, this is as the background or highlights, but other times it forms a person’s face in a portrait or an article of clothing. 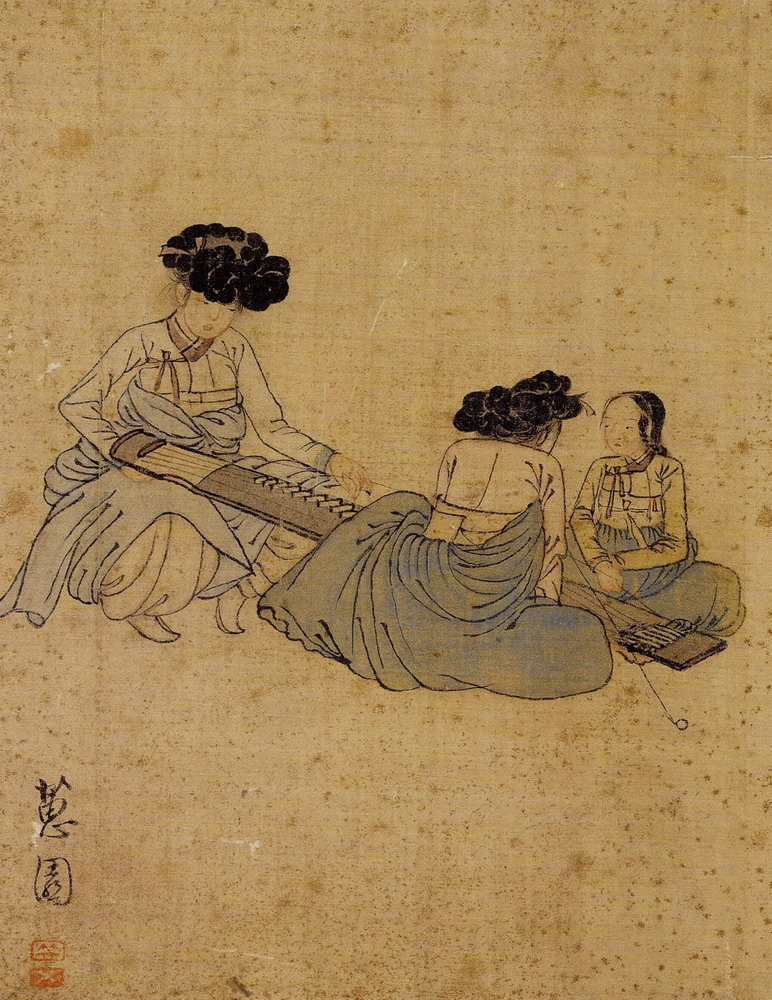 Hanji – Korean paper – is traditionally handmade from the back of Paper Mulberry trees, native to Asia. The tree is known as Dak in Korean.

There are many ways of creating traditional paper, depending on the ingredients the maker has or the form they want the paper to take. But there are a few key steps in the process of making it: