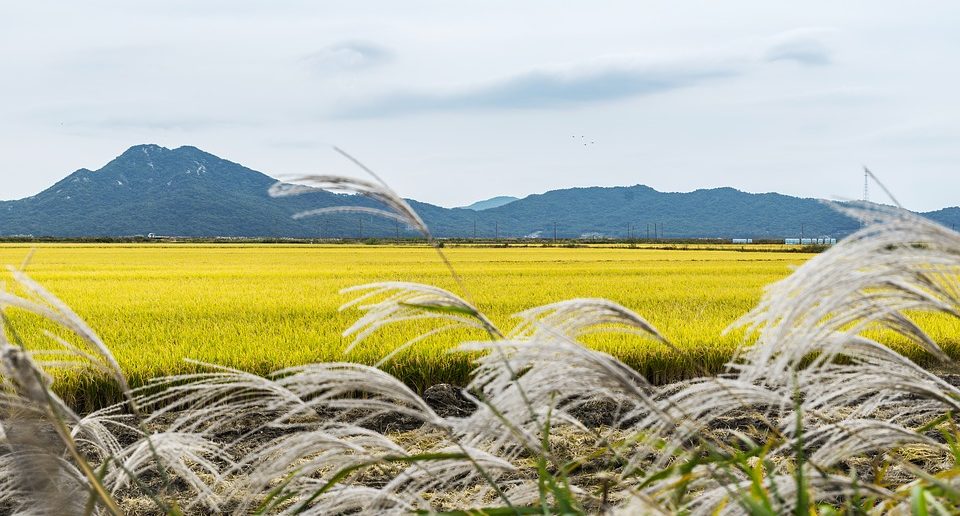 In one of my final weeks at Seoul National University, a friend invited me to go to Gangwha island with her. The Island is incredibly close to Seoul, and the bus ticket a reasonable price, so I was already interested. But what I did not expect was how many questions (and subsequent answers) the trip would provide me.

Gangwha Island is not a particularly prominent tourist destination. With the exception of the Gangwha Peace Observatory, it isn’t the sort of spot that Trip Advisor readers will be rushing to. To be honest, the plentiful barber-wire fences, abandoned homes and shops as well as the thick smog which I saw on the bus journey there made it apparent why. If you’re looking for the blue skies typical of a June day, you’re better off travelling south to Jeju. Where it lacks in inviting atmosphere, the place made up for curious buildings and history; the area has been inhabited since the Bronze age.

The pair of us headed off to Goryeogungji Palace first as it was one of the sights we were most eager to see. In the year 1234 was used by King Gojong in order to escape persecution from the Mongols. It was during this period when Gangwha became the hub of all important activity, and briefly became the country’s capital city. 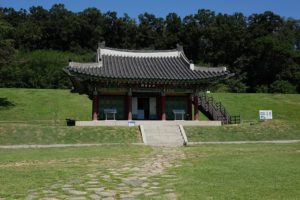 After chowing down on some very cheap seafood at the local fish market, we stumbled across the Gangwha Anglican Church. Set up by Charles John Corfe at the turn of the twentieth century, the outer construction is reminiscent of traditional Korean architecture, whereas the inside would not be out of place in a Western Protestant house of worship. This combination is meant to depict a union between Western religion and the nation of Korea; a concept I find somewhat ironic seeing as Catholics were persecuted when they initially tried to implement their religion, and only a year prior to the opening of this church, a Confucian-led and organised rebellion led to 500-600 Catholic victims. But Corfe’s vision of unity has since come to partial fruition, with approximately 30% of the country claiming Christianity as their faith of choice.

This Christian faith is also incredibly apparent on the island today; the God the Mother ‘Christian’ cult has placed one of its head quarters just minutes away from the bus depo. It is a tall, square, grey, marble block which engulfs the landscape. The cult is notorious for convincing people to donate large sums of money, and often thrives in less privileged areas; it stands out from the run-down buildings that surround it. Gangwha is so close to Seoul, yet the price of living appears to be drastically less. When speaking to one of my friends, I learnt that the island inhabitants are predominantly those who are unable to afford a life in Seoul. Being the last town before the North Korean border, and enclosed on an island, residents rely on local produce to make ends meet. It is clear why the Paris Baguette logo from the eighties remains on the shopfront. Why the fish is cheap. Why one of Korea’s most renowned cults has made it its stronghold.

Visiting the area is a truly humbling experience; in the past, it was an area to escape to when the mainland contained a threat, but since the division of the Korean peninsular, it has transformed into an area to escape from. Whenever people arrive at the island, they leave their mark; the King and his palace, the first Anglican priest in Korea, the subsequent cults, and also me with this blog post. The largest island of the Korean peninsular is one that is worth a visit, even if it is just to get away from the hustle and bustle of Seoul and see another fragment of Korean life. It’s an experience that truly opened my eyes and made me eternally grateful for the blessed life that I am able to live. I hope that in the future, the area can flourish and no longer centre its existence around escape. I hope that one day, it will be a chosen destination; a retreat.