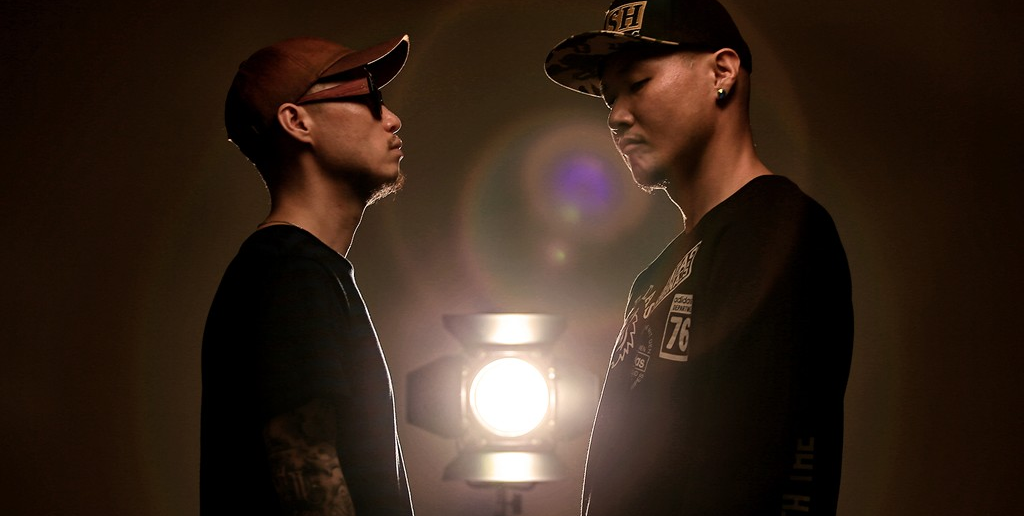 When one thinks of artists who pioneered the Korean hip-hop movement, it would be easy to think of the likes of Verbal Jint, Drunken Tiger, or even a more modern outfit such as Epik High. After all, they all undeniably played a huge part in pushing the once niche movement into the mainstream. But what about Garion? Sure, the name isn’t familiar to everyone – it might even be alien to some – but as this article will explain, there is more than a worthy case to suggest that the group born out of the 90s underground movement was most certainly a pillar of Korean hip-hop.

To firstly summarise the the impact the group originally made up of MC Meta, Naachal and J-U had on the scene, think of them as the spear-heads of the buzzing underground hip-hop hotspots. Though official musical output from the group may be scarce, their strict, exclusive use of the Korean language, as well as their ability to rhyme and sample smartly helped them make a name for themselves straight away. Their work remains widely acclaimed and their popularity amongst listeners of hip-hop is tangible.

But where did they start? Interestingly, to trace their roots as a group, you must first look towards the PC communication group HiTEL. In 1997, an African-American music fan group was created there )named Blex), which became a place for those who wished to consume and appreciate the genre that remained foreign to the wider public to share and communicate with like-minded individuals. And, through taking his own initiative on the group, Lee Jae-Hyeon (soon to be known as MC Meta), along with a couple of others, created an MP3 file of what would become Blex’s first album, publishing it online for dissection amongst the internet communities dedicated to digging deeper into hip-hop.

From there, Blex would hit the club scene, performing for university crowds and spreading their music around as many places as possible. That was until a 20-year-old man named Jeong Hyeon-il interrupted a show taking place at a club in front of Hongik University. Jumping on-stage and freestyle rapping, he caught the eye of MC Meta, who proposed the two start to work together. After the young man accepted, he became MC Nachal. Thus, in 1998, Garion – named after a white, mythical horse – was officially formed.

For the next couple of years, Garion picked up where Blex left off. They toured the clubs of Korea, perfecting and writing new songs, whilst gaining much-needed experience of life on the road. Additionally, they upped their confidence and stage presence, ultimately bringing with it a set of fans that started to pass on the name of the duo.

In 2004, together with producer J-U who had recently joined to make Garion a trio, they released their self-titled debut album. With most tracks taken from their days touring the underground circuit, it was a record that had been honed over many years, helping to make it an underground sensation. So, despite the fact it did not break into the mainstream it received more than enough positive acclaim, particularly for its raps performed entirely in Korean.

Now considered one of the 100 “Masterpieces of Korean Popular Music” according to the Korean music press, Garion is full of dark beats, venomous rap verses and hard-hitting lyrics. Highlights like “Old Story,” which seamlessly combine between old-school hip-hop production with a contemporary, unrivalled flow. Sharp lyricism is spread throughout, adding a sense of authenticity to the sound to ensure it never treads the line of being a cheap imitation of its western counterpart.

In 2005, the trio continued to build on their newfound momentum, releasing “Mutu,” a percussion-heavy, slightly abrasive track that shows off the increased confidence of the outfit. Clever sounds and supplemental instruments such as bongos help supplement the fairly simplistic beats and bolster the mix, and it’s a song that deserved the merit it received (It won the ‘Best Hip-Hop Track’ award at the 2006 Korean Music Awards).

Despite immediately intending to continue their upwards trajectory towards the apex of the hip-hop industry, things started to fall apart for Garion in the mid 2000s. After the time-consuming venture Rapper’s Paradise failed to bare fruit and personal issues led MC Meta away from his counterpart and back to his hometown of Daegu, all the odds seemed stacked against the now two-man group.

But, after biding time and combining a ruthless passion for music with a tremendous work-ethic, album number two would soon come. Featuring many features and contributions from producers around the globe, Garion 2 was a climactic, euphoric amalgamation of the hardships that had came in the four years prior, and showed the world that Garion were just as formidable as ever.

Catapulting them to the top of the industry, their sophomore, and coincidentally last (for now at least) record showed the tremendous, perhaps unspoken impact these artists had had on a generation of talent. Their versatile lyrics, production style and willingness to branch out made for a set of tools often borrowed and placed in many a rapper’s toolkit throughout the years. Specifically, their exclusive use of the Korean language showed that although the genre may have been foreign for a long-time to the country, there was more than enough space for it to be adapted and moulded to give it a Korean signature that could make it that little bit more idiosyncratic.

It’s hard to deny that Garion are pillars of Korean hip-hop. They hold a tangible uniqueness that undoubtedly inspired many to try their hand at this particular style of music, and through the successful solo career of MC Meta, and long lifespan of music that continues to age with grace, anyone can evidently see that the duo born out of a coincidental meeting played an important part in a movement that would eventually go global. Their impact mightn’t be shouted from the rooftop nor be as evident as some of the other artist’s that will be covered throughout the course of this series, but without the group, the underground hip-hop scene in Korea may just have played out completely differently.