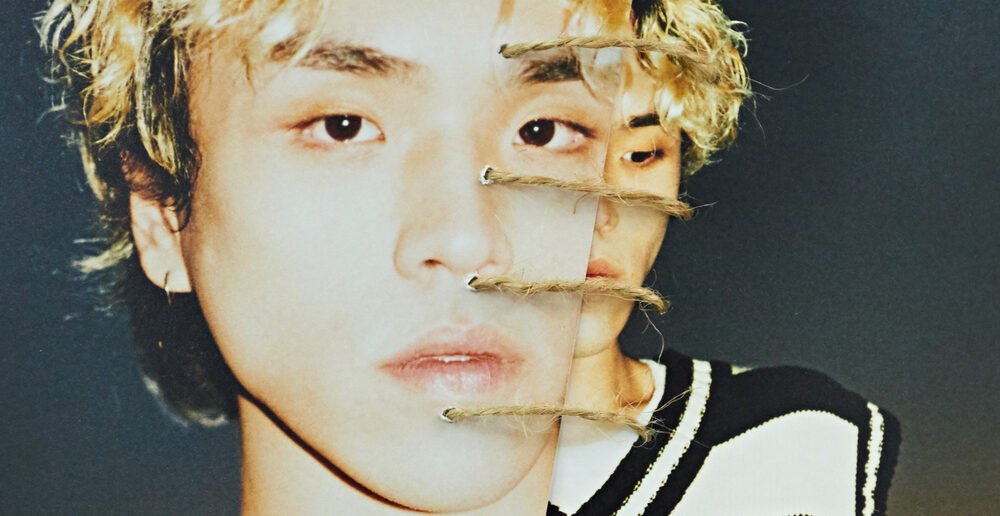 To many Korean hip-hop fans, the name punchnello is hardly unfamiliar. Despite only re-emerging on a major label late last year, the 23-year-old has long been a spearhead of the next wave of young, hungry acts ready to push the stylistic boundaries of Korea’s underground scene. Since officially debuting in 2016 (the previous year had seen the independently produced mixtape #ROTPOTA hit websites, however), the AOMG-signed artist has been heralded for his precocious musicality and non-uniform style. Never afraid to think outside the box, punchnello now finds himself with the world at his feet.

From the start though, it was clear that punchnello had an abundance of potential. His debut release LIME, a deluxe single which fused groove-driven R&B melodies with fully-fledged hip-hop maximalism, instantly put audiences on notice. “Corona,” the lead-single (which coincidentally has gained over 1 million views on YouTube since the COVID-19 pandemic due to recommendation algorithms), shuffles along with jazzy harmonies, staccato melodies and skittering percussion. Largely simplistic in the verses, the chorus does spring into a bit more life, Crush taking the reigns and delivering sleek vocals over elongated, modulated synths. It’s a solid track, and one that stands out above the kick-drum heavy titular “LIME” and the subtly atmospheric, synth-laden “GREEN HORIZON.”

However, despite the positive early prospects for punchnello, a number of factors led to somewhat of a delay in attaining mainstream attention. It all came after the release of “Detox,” a single syringed with sinister, menacing synths and trap hi-hats until an expansive, bolder finishing section ditches the accessibility and ups the ante tenfold with sonic abrasion, and marred what should have been a launching point to greater things.

Firstly, came Show Me the Money 6. Although tipped for success on the show, the worsening condition of his mother in hospital led to a purposefully bad performance and subsequent departure from the remaining broadcasts. The behind-the-scenes interview which aired as part of the episode especially made for a candidly heartfelt moment of reflection for the then 20-year-old, and showed the raw disappointment in what was the temporary ending of an opportunity to firmly acquaint himself with the general public.

Furthermore, by April of 2018, his label HIGHGRND was no more, thus leaving punchnello without a musical home. Fortunately, all of this had already failed to deter him, as two months prior brought the release of the pensive 5:43am mixtape on SoundCloud. Beginning with the radio-muffled sampling of “LIME,” the release shifts to the tangibly melancholy “numb.” Powered by a downcast guitar melody and fuzzy percussion, the track’s largely hidden vocals are emotional and honest, adding to the perturbing sense of despondency. “balcony,” which choppily samples Gene Wilder’s “Pure Imagination,” further pursues dejected sonics before “hangover” greets listeners with warped, claustrophobic guitar riffs and off-key vocals depicting regretful drunkenness. Penultimate cut “openthedoor” does briefly seek positivity however, with its warm synths and nervous percussion allowing for punchnello to plead with the subject to let him in without being obstructed. The short release is fluidly composed throughout, depicting the sharp shifts in emotion that can happen late at night with ease. Additionally, such an astutely produced project provided necessary insight into the growing artistry of the Club Eskimo member, and saw him ditch the pop-inspired melodies he had become intimate with for candid minimalism and coarse melodies.

Despite the previous two year’s woes, punchnello opted to build on his 5:43am SoundCloud venture, dusting himself off for the ‘10s final twelve months. It was to prove successful too; the 23-year-old signed exclusively with the renowned label AOMG, and became the victor of the eighth season of Show Me the Money 8, two years on from his emotional exit. In short, 2019 was a tale of manifold rewards for the rapper.

In terms of releases, the year started with “absinthe,” ’nello’s most intense piece of music to date. Zipping along at first with warped shouts, militant percussion and venomously delivered verses, the track soon builds in ferocity; vocals gradually get louder, distorted synths overpower the listener with aggression, and the clapping percussion becomes disquieting. It’s initially performed as if a chip is firmly on the shoulder of punchnello, but by the end of the song’s near four-minute length, the chip hasn’t just been flung off, it has been torn apart, chewed up, and spat out.

After that came ordinary., which returned in part to the more welcoming tones associated with the 23-year-old. “Blue Hawaii,” a summer-tinged synth anthem which smoothly glosses along with shuffling bongos, colourful electric guitar melodies and sleek hooks, serves as a welcome opener, whilst offerings like “homesickness” draw out raw emotion with minor chord keyboard melodies and plodding drum snares. There is still some remnants of the aggression heard in “absinthe” present too, namely in ”Boiling Point,” which comprises initially of warped xylophone sounds and warm synth lines before crashing into listener’s eardrums with sharp trap beats, completed with a rapidly delivered, ballsy Simon Dominic feature. These sharp-witted efforts exude convincing conviction, and supplement the small glimpses of poignant introspection heard by demonstrating evident psychological growth.

As the summer arrived, “23,” a collaboration with Sam Kim, came with it. Centred around a dulcet guitar riff, punchnello hastily raps about his age and the experiences that have came with it, before Kim enters the fray with a soulful chorus packed with smooth vocal runs. “I’ll count away, All my troubles for today, Don’t think about it now.” he warmly sings. It’s a lot fuzzier and cosier than the output heard in the EP preceding the single, and helped show AOMG that he was a diverse talent worth signing, as a few months later his initial distribution deal became a fully-fledged record contract. To celebrate, November brought the harmonising R&B-tinged single “doodle,” which saw punchnello’s deep vocals mesh perfectly with Yerin Baek’s honeyed higher register. It was a phenomenal, sonically light way to end the year, capping it off in opposite fashion to the belligerence that had welcomed it.

As for 2020, there isn’t much to report as of now. Aside from a feature on frequent collaborator SAAY’s “DON’T KNOW” single, the young star has been getting some well deserved rest. “us,” released at the beginning of this month, has been punchnello’s only official solo output. Driven by steel drums, intermixing percussive beats and sing-raps about a relationship, it’s a fairly simplistic, low-key hip-hop release. And, whilst there are some punctuating whistles heard in the chorus, the composition throughout is generally uniform, favouring a congruous flow as opposed to a nondescript climax which would offend the song’s tone.

With more in the pipeline for AOMG’s youngest talent, and evidence of tangible growth throughout the short length of his professional career, it goes without saying that the 23-year-old will be part of Korean hip-hop’s backbone for years to come. Naturally talented and ready to enter the saturated mainstream with an idiosyncratic style, now is as good a time as ever to become acquainted with punchnello. So, why don’t you?