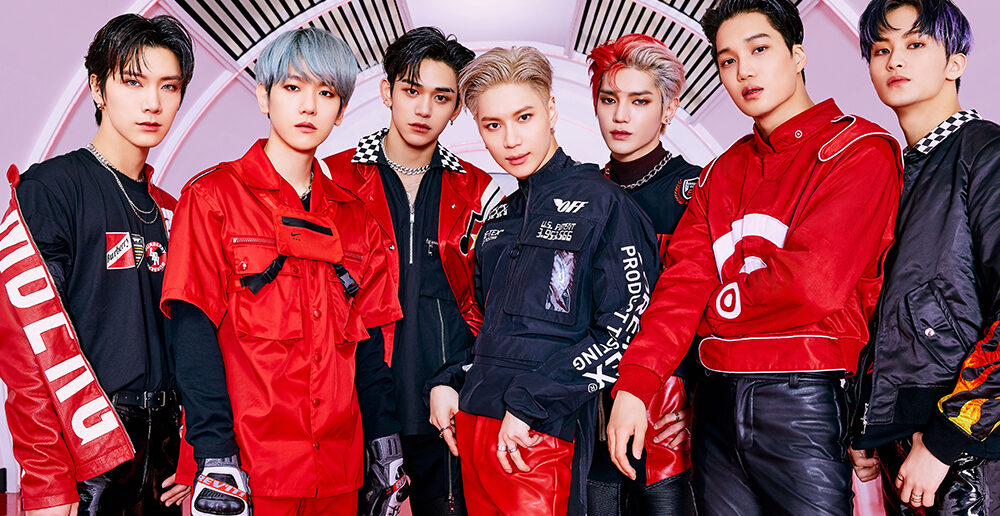 Supergroups are a strange old thing. Generally, they are a mixed bag, with some failing dramatically, and others capturing hearts and minds. From McBusted all the way to Cream, the idea isn’t exactly novel, but when done correctly, can harness the talents of members and accelerate them as part of a fresh outfit.

SuperM are an example of a supergroup done right. A fresh departure from cliché and predictability, this global project feels like more than just a cash-grab coming together of artists from across SM Entertainment‘s roster, and more towards an exciting, innovative musical project aided by the inclusion uber-talented, multi-faceted performers. Even the intensely radio-friendly, catchphrase-laden “Jopping” was largely fun, its crunching electric guitar and staccato, mid-tempo bass drop pulsating with its fluctuating synths. Vocally sensual in the verses and unabatingly anthemic during the pre-chorus, it’s a perfectly-crafted pop hit deserving of its large popularity.

With such a statement of intent though, there has to be an adequate follow-up. After all, the urgent, tribalistic percussion and chant-like vocals heard in “Jopping” would sound rather flaccid and vacant if whatever comes next was mediocre, or even *just* good. Of course, B-sides like “I Can’t Stand The Rain,” an electro-pop piece of imminence which builds to its sonically arresting climax seamlessly, were phenomenal efforts too, but lacked the tangible gravitas of the group’s debut lead-single, despite boasting one of the finest bridges in modern Kpop.

Fortunately, 2020 saw the group return, world-conquering goals still intact, initially with the pre-release single “100.” Filled with simmering synth lines, sleek vocals and plenty of pop polish, it’s a high-energy effort only amplified by its high-octane chorus syringed with industrial sounds and warped instrumentals. Baekhyun and Taemin’s vocal warmth as they slip into falsetto is invigorating, whilst Mark and Taeyong’s confident rap-like delivery creates a self-assured layer to back up the lyrical pomp.

“Tiger Inside” followed, a more melodically congruent offering, but one nonetheless bold. It’s the type of high-budget showing synonymous with SM Entertainment groups such as EXO, showing-off a bombastic, bouncy synth melody alongside twitchy, convulsive splashes of percussion. Filled with plenty of fresh energy which allows its tamer, more restricted formula to still have plenty of shine, it’s a flourishing single filled with bucketloads of charm.

And now the unit filled with grandeur have returned with their first full-length album, titled Super One, which delivers on all previous promises of fleshed-out, charismatic Kpop hits, but in a larger, more fluid capacity. Consisting of 15 tracks (including the pre-released “100” and “Tiger Inside“), it’s a 51-minute triumph in polished chart music, taking worthwhile experiments without moving away from a clear target audience. Its title-track, “One (Monster & Infinity),” particularly shines, a phenomenal hybrid remix of its two-following tracks laced with futuristic electronica and punctuated by its flourishes of jagged synths. A mission statement of sorts, its powerhouse chorus carries a clear message of matrix-breaking cinematic pop glory, and sets the tone for a record which never forgets to carry its momentum with it.

Elsewhere, the muted guitars and light trap influence of the supple “Wish You Were Here” help ring in a catchy, slower side to the septet, whilst the harmony-heavy message to a love interest “Big Chance,” a vocally glossy effort, stands out as a showing of the seven’s natural synergy, with the deep, husky vocals of WayV‘s Lucas in the bridge a particular highlight.

Towards the mid-section, the rippling basslines and repeating melodies on “Together At Home” form a catchy, inoffensive breather, whereas “Drip” favours a breathy, brooding energy as the subtle snaps and vocal modulations complement a choppy, appetitive chorus.

It is the last track, “With You,” that perhaps offers the most surprise, though. Initially starting out with an atmospheric, mellow introduction, it soon bursts into a funk-tinged, snappy pop track centred around deliberation and reflection. Understated and dialled down from the lofty cuts heard elsewhere, it’s low-key in its qualities, yet still an undeniable earworm with its irresistible chorus. A friendly, accessible way to close the deeply idiosyncratic, dynamic full-length debut, it’s a touch of genius from SuperM in showing their global appeal, and youthful charms.

Composed like a 101 in how to make great Kpop straight from the studios of SM Entertainment, SuperM continue to deliver on their debut, and will no doubt have the world clambering for a whole lot more from the talented amalgam of stars.