Trending
You are at:Home»Reviews»[Song of the Week] Everglow – La Di Da 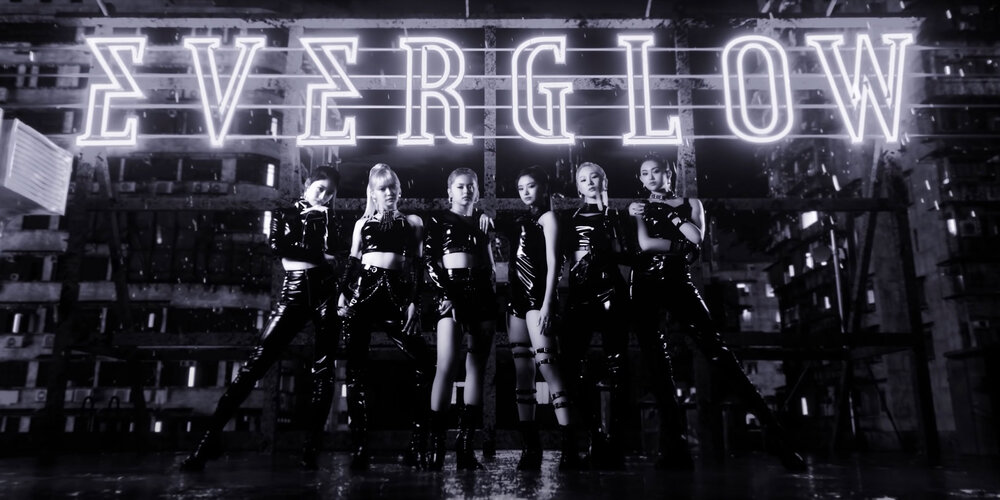 For rookies that only debuted just over a year ago, Everglow has released an impressive string of hard-hitting singles that have attracted a lot of fans, especially internationally. From ‘Bon Bon Chocolat’ to ‘Dun Dun, they also strove to establish their own sound, trying to carve out their own place within the crowd of this generations girl groups.

So it might come as a surprise that their latest release, ‘La Di Da’, walks its own path. ‘La Di Da’ certainly breaks from the tradition of Everglow’s break down chorus. The driving force of this chorus, and perhaps the whole song, is it’s strong, soaring melody and catchy refrains. But this doesn’t come until later. Upon first listening to the song, the first thing listeners will notice is it’s undeniable 80’s influence.

A lot of groups have dipped into these throwback styles in the past to varying degrees of success. Everglow position themselves firmly at the positive end of this list. The driving synth line and echoing drum beat are so unmistakably 80’s that they could become overpowering. Yet this never happens. The girls’ vocals are crisp and modern, a mix of melodic lines and rapping in the verses. These build into a pre-chorus that strips away just enough to add further anticipation for the chorus, whilst simultaneously keeping the momentum that the rhythm of the verses built. There’s a great line covered by Yiren in the first pre-chorus only, a quiet chant of “Ever glow, forever, let’s go” that adds to this and also gives a little callout to their fans, who we now know have been officially named Forever.

It’s the chorus that’s really the highlight of this song. With Sihyeon and Mia’s soaring vocals, we’re taken through a few lines with a great melody, follwed by the titular “la di da di da” performed in two ways. It’s a real breath of fresh air for those who had become tired of chorus’s with a lack of vocal substance and Everglow pull it off well. We’ve had the entire thing stuck in heads since it’s release!

It’s also great to see memebers that were previously somewhat overshined get a chance to “glow.” Alongside the empowering lyrics, which revolve around shaking of hate and growing stronger from it, ‘La Di Da’ really showcases Everglow growing as a group and as artists themselves.

The music video follows in a similar fashion of staying true to the visuals that the group have already established whilst trying to do something new. This kind of growth and experimentation for a rookie group is excellent to see, and it’s even better to see all the members execute the style with confidence. The colours in most scenes are dark yet rich in colour, contrasting with the stark black and white shots that are almost remeniscent of a spy film in their aesthetic.

There’s also neon lisghting aplenty, fitting with the 80’s vibe from the song. However, this is never used in an overly corny way, rather to accentuate the sets and fit in with the girls visuals – all of whom are looking wonderful of course. In one particular choreography sequence, the groups clothing takes a sequined twist, and it’s this moment that the video really leans into the 80’s influence. But it’s only this scene, and that’s a good thing. Both song and video seem intent on maintaining a balance between the current and the throwback, combininging them to make a visual style that suits Everglow’s concept overall.

With so many new groups to keep an eye on these days, it’s easy to let a few gems slip through the net. This shouldn’t be the case with Everglow, however. ‘La Di Da’ is argueably their best release yet, and it sets them up for many exciting directions they could take in the future. Give it a listen and let us know if you find it as addictive as we have!