Trending
You are at:Home»Original Content»Editorials»[OP-ED] The Hypocrisy of the HipHop Drugs Scandal

[OP-ED] The Hypocrisy of the HipHop Drugs Scandal

On Saturday rapper Iron admitted to the press that he was involved in the Hip Hop marijuana scandal, a scandal that has been building for weeks. Nine more individuals with music associations are reported to be involved in the scandal, and more of those names are expected to emerge.

In details available to the public it was revealed that the ten were booked, without detention, on charges of habitually smoking marijuana; there is no actual reference to possession (though one can assume this would be the equivalent UK charge), intent to supply, or production of illegal substances. Though in South Korea the use of Cannabis in any form is illegal and punishable by law with anything up to five years jail time.
The Korean Drug Enforcement Agency has the right to search an individual and perform urine and hair follicle tests for THC presence in a much wider range of circumstances than UK police.

In the UK Cannabis is a Class B drug, and is classified as a Schedule 1 drug by The Misuse of Drugs Act 1971. A Schedule 1 drug is a drug with no (UK) approved medicinal use. Possession and supply are prohibited except in accordance with Home Office authority.
(UK regulation states Cannabis is considered to have no medicinal benefits in herbal form. Cannabis extract however is a licensed medicinal product, an oromucosal spray product made exclusively by Bayer is a Schedule 4 controlled drug, and is not widely prescribed).

Caught smoking the drug in the UK and you could be arrested for ‘possession’. Laws regarding possession of a B class drug state the maximum sentence to be much the same as South Korea, up to five years in prison, an unlimited fine, or both – though more than likely the offender would be issued with a ‘Cannabis Warning’, or an on-the-spot £90 fine depending on any previous offences committed.

Cannabis is a drug that causes changes in brain function, altering perception, mood, and consciousness; though a very ‘Jeremy Kyle’ thing to say, there is evidence of Cannabis being a cause of psychosis. Given that creative people are 25% more likely to carry genes that raise the risk of mental illness, musicians taking drugs such as Cannabis can be a deadly combination.

Iron is not the first notable name to be caught up in a scandal surrounding this particular controlled substance. Many will remember G Dragon was questioned in 2011 for smoking marijuana whilst in Japan. Here’s what G Dragon said about the incident on SBS Healing Camp in 2012:

At the time, I took a urine drug test, as well as a hair follicle drug test. When I received the results, I was shocked and I felt like the results were unfair. I didn’t believe it at first, because I knew I didn’t do it, but the results stated otherwise … There was something I felt that could have contributed to the results, and it was weighing on my heart so I talked about it during the investigation. After our concert in Japan (May 2011), we had an after-party where a lot people were in attendance. I think the fact that I received a cigarette from a stranger there became the source of the problem… I had a lot to drink, and my managers were doing their own thing, and I was alone. I went to the restroom, and someone offered me a cigarette. I thought it would be rude to refuse, so I accepted it without giving it a second thought… I was intoxicated from the alcohol, and I just figured it was a really strong cigarette. I never smelled [marijuana]before, so I couldn’t tell the difference. It looked like the cigarettes that I smoke. 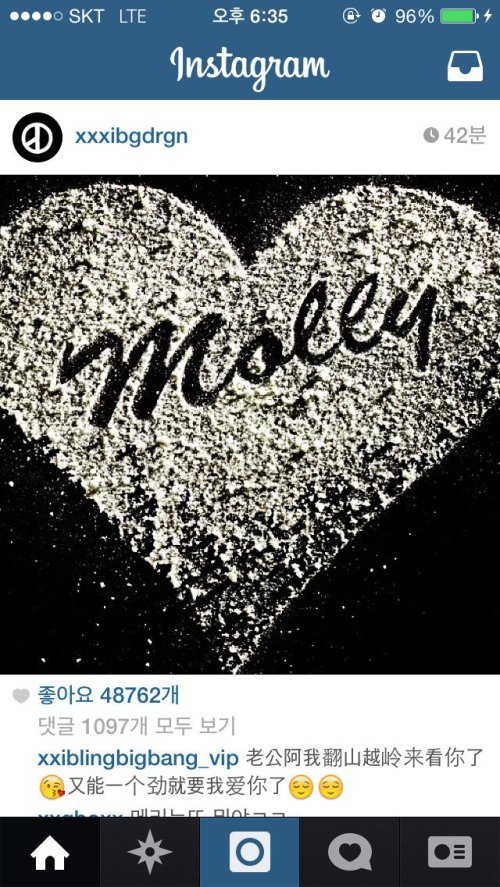 This statement was presumably accepted by police, as a ‘Suspension of Indictment’ was filed, meaning law enforcement will forgo prosecution despite a crime having been committed – G Dragon was not charged with habitual use or possession.
If we consider the bigger picture however, can we be sure of G Dragon’s story? The BIGBANG idol claimed to have never been exposed to the drug previously, and this was the one and only time he’d smoked marijuana. A single use of the drug will see you fail a urine test in the seven days post using the drug, but a hair follicle test is specifically used to detect habitual use in the past 90 days – it is extremely unlikely one single use of the drug would show up.
So should we be concluding that G Dragon is just extremely unlucky? Or maybe the more likely conclusion is: he lied. (G Dragon has since come under fire for posting drug related imagery on social media platform Instagram.)

Iron was booked for habitual use under the allegation that he and the other nine individuals smoked marijuana between March and December 2015. We can assume he too failed a hair follicle test. Iron has admitted to the offence publicly, though has maybe understandably been vague in his admittance.

I was just curious about the experience (of being high). I absolutely did a wrong thing. After I face the consequences, I will come back with better music.
IRON

Why didn’t Iron do as G Dragon did? Probably, in part, because his former company hung him out to dry, terminating his contract and denying any knowledge of the rapper’s misdeeds. Though maybe mostly because the Korean judicial system have chosen to use Iron, and the currently unnamed nine others, to prove a point about drug use not being tolerated.
Iron, and his friends, are frankly expendable; G Dragon in contrast is anything but. If tomorrow a list of top kpop stars involved in drug taking was released you could almost guarantee that the hip hop artists embroiled in the current scandal would be the ones making news still – because their income as a complete genre does not account for the same percentage of the economy as Kpop.

Similar cases have also arisen regarding a number of controlled substances. Rapper Crown J was arrested in 2010 for marijuana use. Two years of probation and a fine essentially ruined the chance of this artist making a successful comeback.
Rising R&B star Bumkey spent a number of months in detention over suspected use and distribution of methamphetamine, with a five year prison sentence hanging over his head the case was eventually dropped due to lacking evidence.
2NE1’s Park Bom was investigated for importing concealed amphetamine-combined drugs, Park is said to have done so because the legal Korean version of her US prescribed drug did not work – no charges were brought against her.
Only two weeks later g.o.d singer Son Ho Young found himself the centre of a media frenzy as he was investigated for use of Schedule 4 Controlled Drug Zolpidem (a sedative often used in the treatment of insomnia) – it was later reported Son had passed all drug testing; having taken the medication from an acquaintance he had used it only once, a year previous to the investigation, during a time of depression following the suicide of his girlfriend.
While YG rolled out a largely detailed excuse for Park Bom’s scandal, Son Ho Young on the other hand didn’t hide behind company CJ E&M, he didn’t even use his tragedy as excuse, he simply admitted his wrong doing and apologised. No charges were filed against Son, and all his bad press caused was a slight distraction from the Park Bom case. Sadly, this isn’t a situation exclusive to the Korean industry, it’s widely thought that Lil Za (younger brother of Young Money artist Lil Twist, and aspiring boxer) took the fall for Justin Bieber in a drug arrest back in 2013.
Despite posting a video of themselves smoking drugs in Peru no charges were brought against One Direction members as Peruvian law does not punish possession of marijuana in quantities under eight grams if for personal and immediate consumption – though UK citizens can have criminal charges filed against them when back in the UK if caught with drugs overseas.

It is undeniable that Iron broke the law, and hopefully he’ll learn from his mistake; but what this really boils down to is a long standing hypocrisy in prosecution of the famous and influential with regards to drug use. It looks unlikely to change, but given the number of high profile deaths due to drug use – maybe it should.