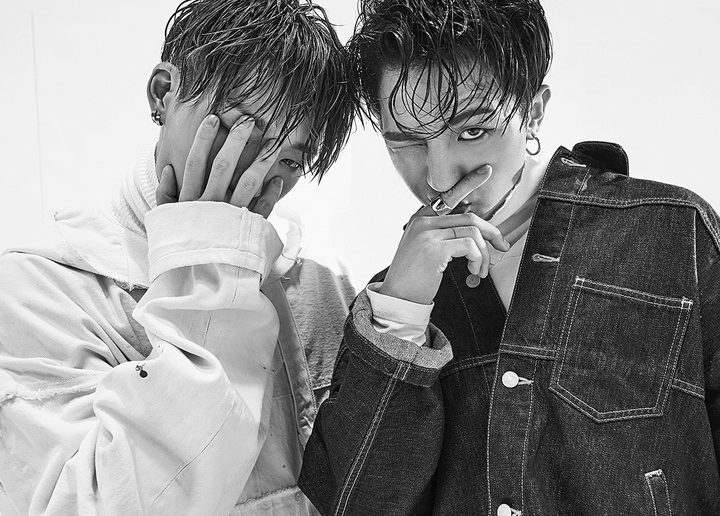 With lockdown continuing and time moving at a seemingly immeasurable speed, we’ve come again to continue with the self-isolation grab bag. With singles and EPs from across the genres this week, we hope you find something here that you enjoy. And, if you plan on sticking around, next week is an OST special.

If there was ever a song that deserved a grander stage than it was given, “ENGINE” may just be it. Written as part of a LEVI Jeans campaign – no, seriously – the track, which features a reliable verse from Woo, a surprisingly good Jay Park hook and Code Kunst’s effortless knack for producing sonically diverse, intriguing cuts as he drifts between genres and styles, was confined to being an advertisement. Sure, the jeans themselves are comfortable, provide ample breathing room for legs and come in various different colours and sizes to make sure you look like the Belle of the Ball at all times, but do we really need one of the more succinctly produced songs of 2019 to tell us this?

Either way, with its catchy, horn-heavy refrain and fast-paced verses, “ENGINE” is a song that will guarantee you don’t lose steam when working from, or relaxing at home.

When it comes to the best of affecting, introspective pieces of music, DARKROOM: roommates only simply has to be in the conversation. Stripping back his confident bravado and facing his life struggles and depression head-on, Simon Dominic forms a striking, impactful EP which shows him not only as a musician of the highest-calibre, but one who is completely unafraid of using his releases as an outlet to rid himself of every single pent up emotion.

From the lyrically poignant “roommates only,” which favours short guitar loops and plodding percussion to give ample breathing room for Dominic’s scathing verses right to “demolition man,” an unrelenting reflection on his past and suicidal thoughts, all traces of the spunky, humorous bravado are stripped, replaced with highly-personal outcries and unwavering directness.

A therapeutic release for the ex-AOMG co-CEO, the jazz-infused beats and stings of traditional instrumentation add a comfortable, familiar instrumental bedding for the emotional lyricism to never feel overbearing, whilst the vocals – particularly impressive on “bathtub” – stay inexorable throughout. DARKROOM: roommates only is a masterstroke of an EP, and, whilst it mightn’t be the light-hearted, fun-centred release one may crave during such a time, it does serve up endless moments of affecting music that is tailor-made for those who are searching for sonic substance.

Heize, Giriboy – ‘We Don’t Talk Together’

Chart dominator Heize continued her successful run with “We Don’t Talk Together,” her collaborative effort with Giriboy and, in a producer role, BTS’s Suga. Reliant on an elastic beat and simple snaps to help carry the largely uninspiring first verse along, it does take until a honey-sweet self-harmonising pre-chorus and polished refrain for the song to truly erupt but when it does, it’s hard to resist. As it progresses, enlisted helper Giriboy does a more than solid job in his given spot, moulding his deep vocals to mesh with the lighter instrumentation effortlessly as the track continues its sticky, accessible progression.

There mightn’t be any huge climax or show-stopping moment, but Heize’s vocals help make sure the airy chorus has just enough about it to carry the offering to being worthy of repeat listens.

Released back in 2013, before WINNER or their preceding survival programme, Kang Seungyoon somewhat burst onto the scene with “Wild and Young,” a peppy, rock-infused number with plenty of gusto.

Confident and assured as the singer uses his gritty, powerful vocals to chug along with simplistic electric guitar and drum accompaniment, the song breezes through in an inoffensive-but-anthemic way. Guns N’ Roses it is not, but Kang Seungyoon brings enough youthful enthusiasm to make this an enjoyable number worthy of any playlist.

Going retro isn’t exactly a new concept. In fact, it’s probably one of the more exhausted images for a band, artist or group to undertake for a project. But, with SHINee always having a bit of the bygone eras about them, 1 of 1 and its ode-to-‘90s schematics felt like a natural move; one that, at the very least, helped personify the glitz and the glamour of the accompanying record.

From opener “Prism,” a ‘90s-infused electro-funk track which excels in delivering fast paces, melodious verses and a rapid chorus-section, right to bonus track “So Amazing” and its retro pop, camp feel, SHINee lived the concept across the record. Sticking to nostalgic sonics such as glossy synths, programmed horns whilst packing vibrancy into each note, it’s a release that is intrinsically fun – aside from the poignant “Don’t Let Me Go” – and will have you up dancing in no time.

Who needs Joe Wicks when you have the irresistibly danceable, snare drum and synth-heavy “1 of 1,” eh?

Speaking of retro, SUMIN and Zion.T blessed the world with “Dirty Love” in February of this year. Mid-tempo, bass-heavy and intrinsically groovy as the plodding synths and melodious vocals smoothly compliment each other, it’s a complimentary offering which flows as easily as it digests.

Complete with an eccentric music video which serves as a nice reminder of the flare both of the artists bring to the table, “Dirty Love” is a track that is near impossible to shake off easily.

MOBB was one of YG’s more interesting commissioned projects. Made up of Mino and Bobby, two of the brightest young rappers from WINNER and iKON respectively, it was hard to quite know what to expect. Their stints on Show Me The Money differed stylistically, but yet there couldn’t quite be an outright rejection that this would go down as a failure.

And fortunately, it didn’t. Although it was hardly a chart-brother, FULL HOUSE was a short, snappy EP that combined the best the two had to offer, and added in some extra finesse for good measure.

Opener “Hit Me,” which relies heavily on its looped chorus melody and chant-like hook of, you guessed it, “HIT ME,” is a fun track, favouring interchangeable, charismatic verses over anything truly affecting but still doing enough to allow the song to go by with no major hiccups. The bouncy, youthful chemistry between the two performers is tangible as they glide through their parts, and even if the song mightn’t go down as a resounding favourite, it’s hard to deny that at the very least you’ll be stuck humming the refrain a few hours later.

It’s “FULL HOUSE” that perhaps serves as a better glimpse into what could have been had the group continued, though. An abrasive, hard-hitting track which showcases gritty trap beats and grimy, distorted synths as the two loudly and unapologetically bulldoze through their verses, this undoubtedly messy, occasionally strident offering is irrefutably ballsy, but feels all the better for it. Cagey yet completely unfiltered, the concoction of sounds, samples and beats here make for an instrumentally diverse, vocally stand-offish work of perfection.

Throw in Mino’s “Body,” and Bobby’s “HOLLUP” and you just about have the perfect recipe for 15 minutes of pure musical joy.

That’s it for this week. Stay safe, feel free to leave your recommendations in the comments, and hopefully we’ll see you again next week.