As the weather turns cooler, what’s better than turning to a warm, filling, and super nutritious soup base to help us chug along?

Seolleongtang (Ox Bone) Soup is a hearty broth base with a distinctive colour (its official Hanja translation is ‘snow-white’). Made by boiling ox bones for hours, in order to extract the flavourful marrow, it’s a staple in Korean cuisine.

It’s usually made in big batches and is a big feature even across South Korea’s diverse food regions.

After the war in the mid-century, Seolleongtang became a popular street-food dish. Dedicated restaurants dotted busy metropolitan streets with massive cast-iron pots. While delivery couriers were seen bustling from one side of the city to the other to fulfil orders.

In South Korean food, Seolleongtang forms part of a trio of beef bone broth soups. Gomtang soup refers to when a specific type of bone is used. Sagol is usually a base for other soups and is made with a variety of beef bones.

Seolleongtang also uses a variety of beef bones but it also uses brisket and other types of offal cuts for flavour and final garnishing. It’s usually eaten with rice, but can also be a delicious base for ramyun. 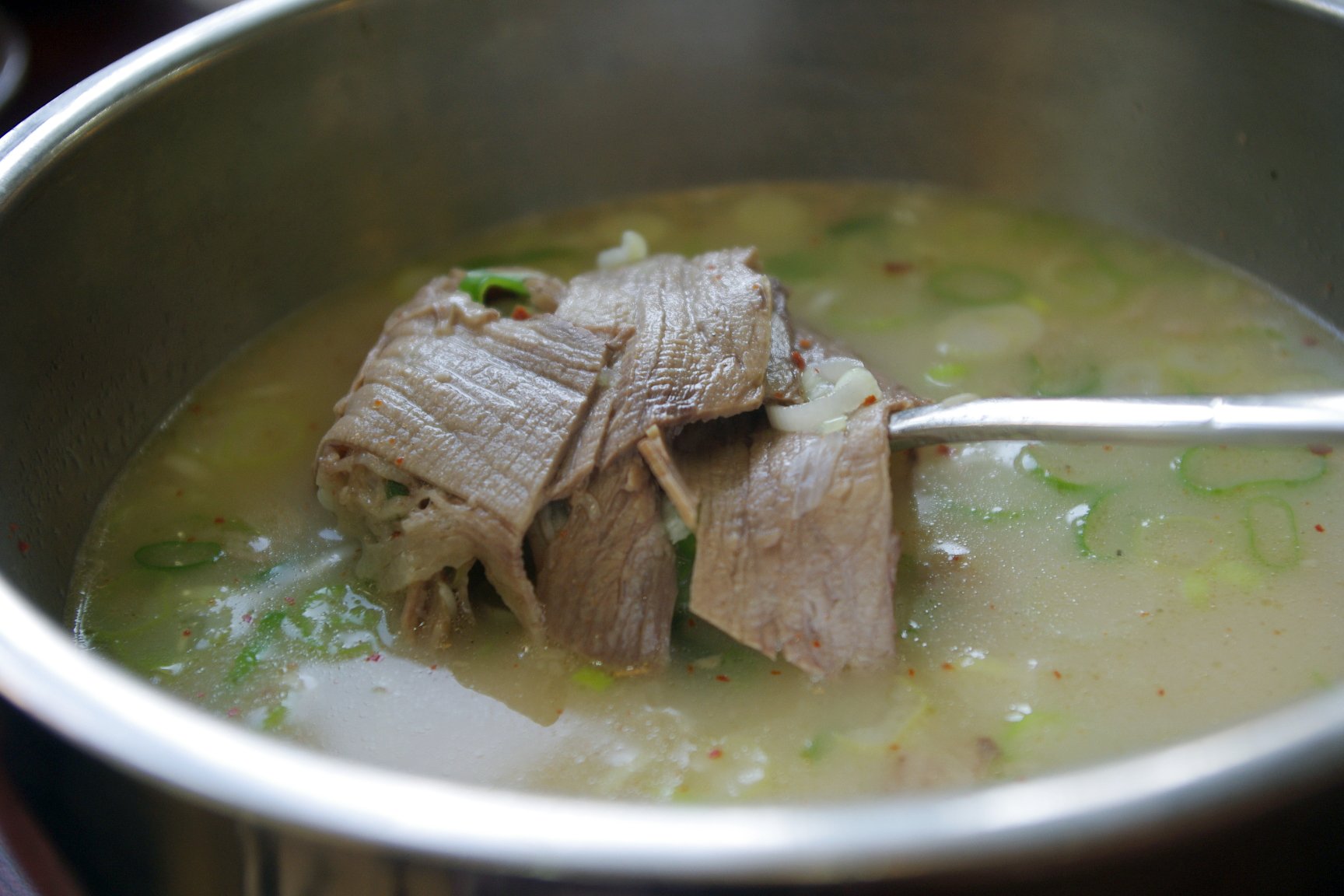 The broth is renowned for its simple flavour with lots of depth. A broth this great has to have a workload attached to it, right?

Seolleongtang does indeed have a long process. The good news is that while it’s time-intensive, it’s not particularly difficult to do. It’s usually slow-boiled for hours but the trick to Seolleongtang is the process of cleaning the bones and exchanging the water.

Those already familiar with cooking different types of bone broths will already know the first two steps. First, you must soak the bones (to get rid of any blood or other impurities) anywhere from four hours to overnight, depending on the size and origin of your bones. Then, you par-boil (boil the bones submerged in fresh water) to draw out more impurities. At this stage, add in your seasonings (lightly, as Seolleongtang is usually garnished at the table) and any other cuts of meat you’d like!

The last step is to boil at a moderate pace for a few more hours to really draw out the taste of the broth, the stunning snowy-colour and to give the broth lightness and body. Don’t just take our word for it, check out South Korean food maverick Maangchi’s method and have a go: