Trending
You are at:Home»Reviews»Dramas»[WATCH] I am not a robot 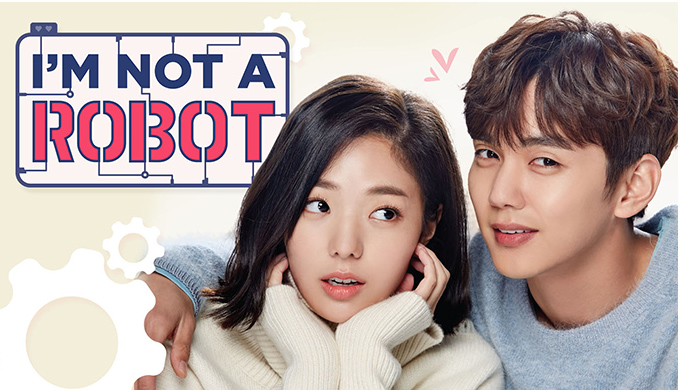 [WATCH] I am not a robot

Modern technology has certainly advanced in today’s world, unveiling millions of genius inventions. Smartphones, self-driving vehicles, long-distance heart-shaped lamps and even mop onesies. When we think of robots though, especially AI (Artificial Intelligence), we think of those cliche robot uprising movies, taking over the world and enslaving the human race. However, when it comes to the advanced technological robots within the world of “I am not a robot”, revolutionary tendencies are quite far off…

What would you do if you were asked by your ex-partner to pretend to be a mechanical robot and serve a rich millionaire who has a human allergy? Also, your ex has a robot with your facial features that was originally going to be given to this millionaire? It’s one of those classic ‘How much would you ‘X’ for?’ type of questions.

Entrepreneur Cho Ji-A (played by Chae Soo-Bin, who also played Yeo-Reum in “Where stars land”) has always envisioned herself as an inventor and has always tried to make items to make people’s lives easier. When she was younger, she and her Father attached some wheels to her injured friend’s shoe, so when she travelled on crutches it wasn’t as painful. As a grown woman, she sees her heart-shaped long-distance lamps as her new revolutionary invention! Connecting loved ones who live far away from one another.

As if her priorities could not pile up any more, her ex-boyfriend Hong Baek-Kyun (Um Ki-Joon) requests that she pretends to be their AI robot AJI 3 after the original breaks and cannot be given to their millionaire customer… Who has an allergy to humans… She is, of course, offered money in return, but soon is shocked when she discovers who his client is. It turns out he is one of her greatest enemies!

Kim Min-Kyu (Played by Yoo Seung-Ho who plays Hyun Jong-Hyun in “Imaginary Cat”) is an isolated millionaire, who is allergic to human contact. Any contact at all would result in dangerous rashes and breathing difficulties. He is also the owner of KM Financial Company, who owns the “Santa Maria team” (Baek-Kyun’s team) and tries to sell it to a foreign investor. Which of course, led to Baek-Kyun offering Min-Kyu a trial of their AJI 3, in an attempt to prevent this transaction. Due to the lack of contact Min-Kyu has experienced in the outside world, his attachment to objects is quite humorous. He throws a birthday party for his robotic floor vacuum and even has a hierarchy of “lovelies” in his house, one being his backscratcher. 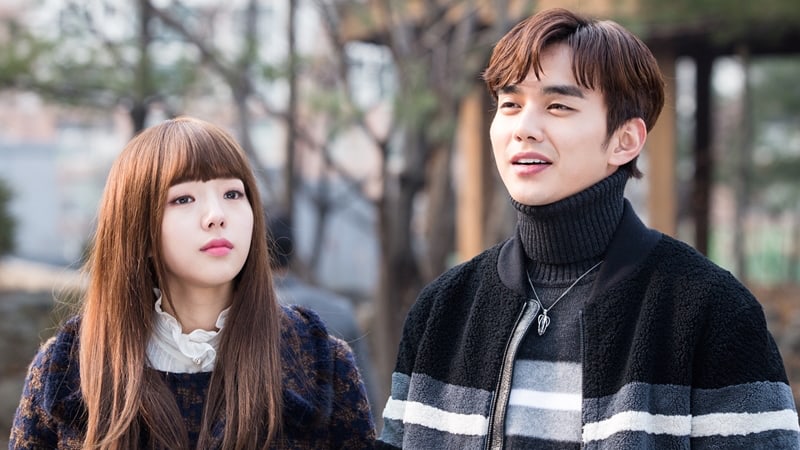 Of course, Min-Kyu does not know the new AJI 3 is not a robot. She has metal attached to her body to give her the appearance of a robot and also has technological eye contacts that give her the ability to have the same intelligence as one. It soon appeared to me that his allergy was mental and not a physical allergy, as there are many occasions throughout the drama where Ji-A (as AJI 3) was close to or in contact with him, yet his allergy was not triggered. However, their interactions with one another were definitely humorous, as Min-Kyu attempts to ‘train’ AJI 3 and put her through a lot of unusual tasks. One of them being able to tell the difference between Min-Kyu and a cutout face of a cat.

Although Ji-A is not a robot, I found the eventual love dynamic quite unusual and strange, as Min-Kyu sees her as a robot, yet eventually develops feelings for her… as a robot… It certainly isn’t your everyday romance drama! Can someone love what they think is a robot? Will Ji-A be caught out? You can watch “I am not a robot” on Netflix or on VIKI!